[smartads] Okay here is want I’m going to do.  I am already behind 2 days in doing the posts, 3 counting tonight.  Since I have to catch up anyway, I’m going to start something new.  Beginning on Wednesday,if all goes well, the things that you read about in the blog at the end of the day, are things that happen to me during that day.  In case you didn’t know or realize, I had always been running 1 day behind.  For example if I was still doing it the old way, then tonight I would input stuff that happen to me on Sunday, not today, Monday.  I will do Friday’s post for tonight, because it is kind of long.  Early tomorrow I will either do the 3rd and 4th, even though for Sunday, 4 Sept, I have no input, or I will do the 3rd, 4th and 5th, all in one post.  Probably the latter, because the input for the 3rd is not very long either.  I spent most of that day getting rid of a headache, because of Saturday night, and watching TV.   While I’m changing things I might as well go all out and do some different things also, to see how well they go over with y’all.  Let me know what you think, if you even notice what the changes are. 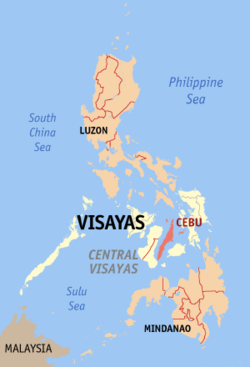 Cebu: The Queen City of the South

Cebu (Cebuano: Sugbo) is a province in the Philippines, consisting of Cebu Island and 167 surrounding islands. It is located to the east of Negros, to the west of Leyte and Bohol islands. Cebu is a long narrow island stretching 225 kilometers from north to south, surrounded by 167 neighbouring, smaller islands, which include Mactan, Bantayan, Malapascua, Olango and the Camotes Islands. Cebu has narrow coastlines, limestone plateaus and coastal plains. It also has rolling hills and rugged mountain ranges traversing the northern and southern lengths of the island. Cebu’s highest mountains are over 1000 meters high. Flat tracts of land can be found in the towns of Bogo, San Remigio, Medellin and Daanbantayan at the northern region of the province. Its capital is Cebu City, the oldest city in the Philippines, which forms part of the Cebu Metropolitan Area together with four neighboring cities which includeDanao City, Lapu-Lapu City, Mandaue City and Talisay City and eight other municipalities. Mactan-Cebu International Airport, located in Mactan island, is the second busiest airport in the Philippines.

Cebu is one of the most developed provinces in the Philippines, with Cebu City as the main center of commerce, trade, education and industry in the Visayas. Condé Nast Traveler Magazine named Cebu the 7th best island destination in the Indian Ocean-Asia region in 2007, eighth best Asian-Pacific island destination in 2005, seventh in 2004 and in 2009.

Philippine Knowledge:  The pet food company Ralston Purina recently introduced, from its subsidiary Purina Philippines, power chicken feed designed to help roosters build muscles for cockfighting, which is popular in many areas of the world. 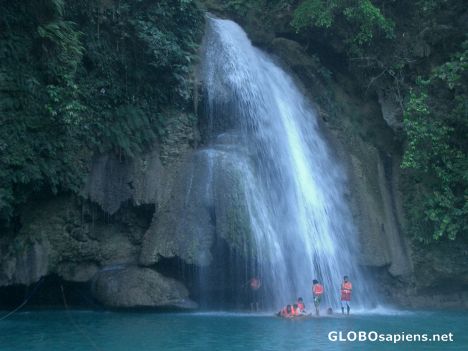 Friday 2 Sep – Hits @ 0009 = 1066474 = 10363.  You are looking at the record for the number of hits for a 24 hour period.  I didn’t have a power outage stop me from collecting the data this time, like the last time we could of had the record.  I really wanted to get this one out, but not enough to sit down and do it.  Sounds lazy I know, and that’s mostly what it was laziness on my part.  I guess I was feeling burnt out a little bit and all that Red Horse in my system didn’t help much.  Because remember on Saturday night, I was doing Friday information.  Okay on with the day. 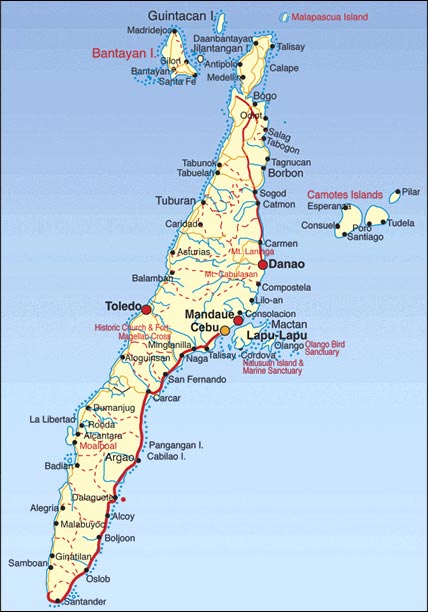 http://www.cebu-philippines.net/cebu-map.html (so you will know where you are when you get there) 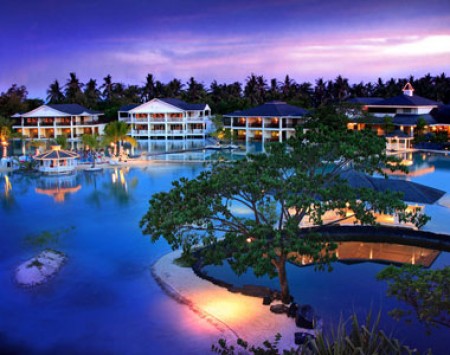 I had a draft today at 11:30 again.  I actually remembered this one and got there on time.  Just as I made my last pick, or at least put it in the queue to be picked next, we had a brown out and I lost the Internet.  I had 2 choices for my last pick in the queue and I got the first one, so that was okay.  Before 2:20pm, the Internet went down 3 times.  I keep getting power surges and losing things.  Talk about unstable power, that’s about all they have around here. 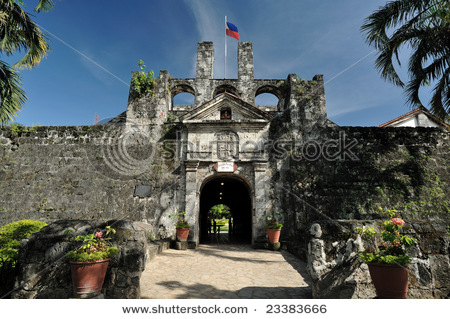 I had plans to go downtown today to pay the water bill, but it didn’t turn out that way.  Oh we went downtown, but it was late and too late to pay the water, they were closed.  We did get some rice, which was an important item today and we also got a few other items.  I bought a bottle of “The Bar” apple vodka for Saturday night.  I haven’t tasted any of the other flavors of their vodka, but everyone here tells me that this is the best one.  I like it.  I wanted to get tequila instead, but that’s new for “The Bar” and I couldn’t find any here yet. 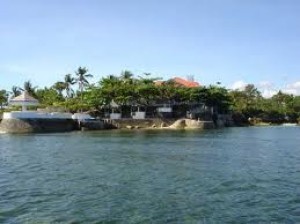 http://www.realestatescebuphilippines.com/ (In case you have an extra $715,000 laying around)

I was hoping to get this post out early on Saturday morning, but as you know by now, that didn’t happen.  Maybe it’s a good thing because it got me to thinking about my posts and it’s possible that this change I’m doing will be for the better. 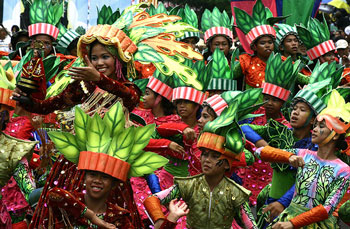 Before the Internet went down and even before my draft, I got a message from someone saying that I was illegally using his graphics from his site.  From the way the original message was written I could tell it was a Filipino dude.  The way he used his English words and the words that he used, one of them I had to look up, I just knew.  Anyway the way his message sounded, it was like he was saying MY website was illegal.  But I from the next message I got from him, I figured out he just didn’t want me using his graphics.  Why?  I don’t know.  I wasn’t making any money off them and actually it was sending him more traffic.  He pulled the violating copyright laws thing on me, and since I don’t know the copyright laws that well, I decided to just delete everything I could find that I got from his website.  I really don’t understand why he has a problem with it, I’ve never had a problem like that before.  I mean he has his pictures out on the Internet, he doesn’t have them protected against copying, so aren’t they free to use?  Sure I copied them, but I made sure I put his website on there so everyone would know where they came from.  He said I was using his graphics without getting permission first, but I didn’t notice anyplace to ask permission to do so, and never had to with anyone else, ever.  He pissed me off really.  So now, even if I was paid to use his graphics, I wouldn’t.  They were the graphics I was using for the new Regions sub-Page under the Education Page.  You’ll notice it is gone now.  They were really good picture, or I wouldn’t have used them, but it’s not worth all that trouble. 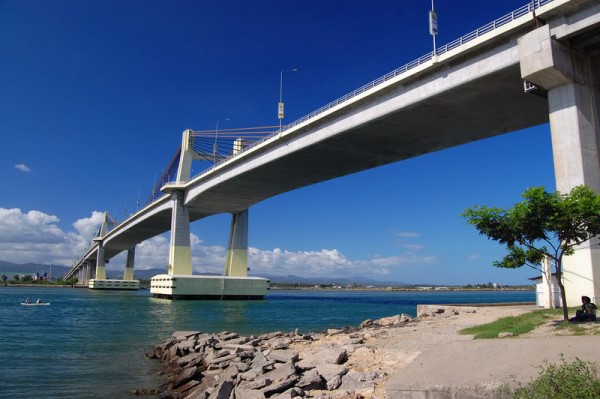 I ate too much today.  I had some fried potato sandwiches, which were very good with the fried onions on top.  I forgot that Lita said she would be cooking some green beans with chicken.  About 30 minutes after I finished eating, she asked if I was ready for her to cook.  I told her that I just ate and wanted to wait a few hours.  About 1 hour later she came back and ‘asked’ again.  The way she asked, made me think that she really wanted to cook it now, so I told her to go ahead.  Normally I would have told her to wait until tomorrow, but she had been planning this since yesterday (and told me) and had already cut the beans and had the chicken ready to go.  I just told her to go ahead and cook it.  It would be quieter that way.  I just ate again.  It was good, but I was so full.

I told Ramil that if he brings the chips tomorrow night, he can drink for free.  He was happy to accept those terms. 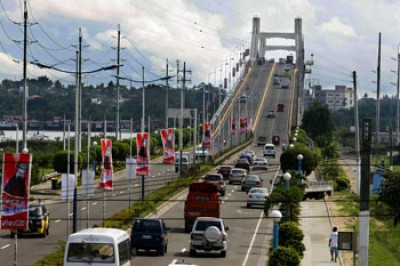 Philippine Knowledge:  A virtual underwater playground with its breathtaking coral, the Philippines draws thousands of divers from the U.S., Japan, China and Taiwan each year.  (MJ Tourist Service can help you experience this, contact me and we will try to find the right price for you for free). 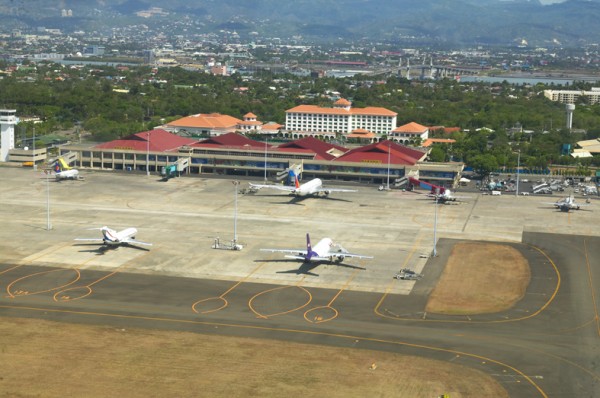 1865 – Simeon Ola y Arboleda, a devoted Filipino revolutionary who fought during the Philippine Revolution and the Philippine-American War (1899-1914), is born in Guinobatan, Albay; his town’s teniente de cuadrillos and close confidant of the parish priest, he will engage in recruitment and firearms acquisition and military in the Battle of Camalig under Gen. Vito Belarmino, soon being promoted as Major; he will be part of those valiant Filipinos who will relentlessly fight for his country during the war against the Bald Eagle nation so much so that the imperialist American soldiers will for a time put up the horriblereconcentration system, among other barbaric, cruel tools of war, with Ola eventually deciding to take up the amnesty offer to be  presented by the persistent peace [translation: colonial subjugation] panel members on September 25, 1903.

1927 – Justo Lucban y Rilles, another Filipino revolutionary who served both during the Philippine Revolution and the Philippine-American War (1899-1914),dies from heart ailment; the brother of Gen. Vicente Lucban y Rilles, Justo did not take up arms but joined the Filipinos’ independentist cause by serving as medical officer during the revolution against Spain, as signatory in the Malolos Congress, and as an editor of La Independencia (the official organ of the First Philippine Republic).

1896 – Inigo Corcuera Regalado, Filipino poet and printer who belonged to the revolutionary period of Tagalog literature then-emerging from the supremacy of Spanish colonial church writings, dies at the age of 41; born in Sampalok, Manila, Regalado wrote the much-loved lyric, “Ang Ganda Mo Neneng,” along with a host of other pieces that were featured in the calendars or almanacs of Isabelo de los Reyes and Pascual H. Poblete, and as well, printed La Ilustracion Filipina, believed to be the best local periodical of the period.