[smartads] So this is Province #22 of 80 and it’s getting harder and harder for me to pick a place in the Philippines that I’d like to visit first.  There are a few places here that are just beautiful.  This island is actually one of the ones that is part of our MJ Services special package.  I hope someone picks this as one of the places they want to visit so I can be sure to make the reservations … in person.

Camiguin is an island province of the Philippines located in the Bohol Sea, about 10 km (6.2 mi) off the northern coast of Misamis Oriental in Mindanao. It is the second-smallest province both in population and land area after Batanes. The capital of the province isMambajao, and it is a part of the Northern Mindanao Region of the Philippines.

Useless Knowledge:  Myrtle Beach, South Carolina, has the most mini-golf courses per area in the United States. At last count, there were 47 in a 60-mile radius.

I have checked all the normal things I do, especially getting rid of the Spam, so now I’m going to make some breakfast.

It’s 0827.  Eggs with onions is what I had for breakfast.  I used up the rest of the cooking oil, but it was good.  There wasn’t much oil left anyway.  It was just barely enough to cook the onions.  I couldn’t fry the eggs so I just scrambled them in a bowl and poured it on the onions.

Lita and Jay are planting again this morning.  She wants to do all she can to try to get some vegetables and peppers to grow here so we won’t have to buy them.  The dirt here is not that great for some of the stuff we have.  I told her we should wait and send back some Miracle Gro from Texas.  We can make just about anything grow in there.

I got started on Sunday’s post  really early, so by the time it got to the evening time, when I normally start, I was halfway down already.

It’s 0956 now and I need to start paying attention to the clock because I have a fantasy football draft at 11:30.

At 11:52 Neneng brought me lunch.  It was some orange chicken from Chow King.  She is so nice.

Lita went to church earlier for the 10:00 mass.  She didn’t get back until 12:30pm.  I figure she went by Judith’s house because when she got back she had Juvic, Grace and Poppa with her.  Also another one of her cousins that I didn’t even know was around here.  Lita gave her some of the clothes that she never uses.  They have been in a box since we’ve been here and Lita doesn’t miss them at all.

While they were at Judith’s house, Lita said she was drinking some wine.  I guess that half a glass she said she had was too much for her.  She said she had a headache and is now sleeping.  It’s right at 3:00pm.

Well when I went to check on her, Lita wasn’t even in there sleeping.  She’s next door talking with Neneng and Titing and yep, she’s drinking wine.  I also saw that Judith and Victor are here now.  Judith is in the back talking with Lita also and Victor is up front playing cards for Ramil and Emei.  They are playing cards with a deck missing the 9 of diamonds.  I guess the kids got a hold of the cards.  If I had a spare deck, I’d give them one.  I’ve only got 2 and one of those is the Dallas Cowboy cheerleaders.  Those are just for looking at, not for playing with.  Wait!  That didn’t come out right.  They are just for looking at <period>.

It’s 3:30 now.  I think I’ll go eat the other half of that orange chicken.  I’ll probably drink the rest of the Mountain Dew that I bought from Neneng this morning.  I’ll be back after.

Useless Knowledge:  Around 1400 B.C., it was the fashion among rich Egyptian women to place a large cone of scented grease on top of their heads. As the day wore on, it melted and dripped down their bodies, covering their skin with an oily, glistening sheen and bathing their clothes in fragrance.

What I ended up doing is mixing the orange chicken into the last of the second batch of soup Lita made.  I should have saved one of them for tomorrow, but it’s too late now.  It was edible, but that’s about it.

Lita, Titing, Neneng and several others went to the beach near here to have a little get together.  I was invited but didn’t really feel like going.  I did go over there eventually though to bring Lita some water.  She managed to get word back via Jay that she wanted some.  I was there only about 5 minutes and she wanted me to walk her back home because she was getting tired.  Of course since we’ve been back, she has not laid down yet.  She is outside doing things.  She doesn’t seem that tired to me.

I’ve been having a rash of Spam messages, but I delete them as fast as I see them.  When I left to go to the beach there was zero.  When I got back there was 41 of them.  Most of them seem to be coming from the same place.  Whoever it is probably will get tired of having to re-send, because I’m going to keep deleting them unless I can find a way to prevent them from showing up at all.

I’ve got a follower on my other blog http://stupidthoughtsonfacts.blogspot.com/, it’s Jake.  Again I will say that that site will probably be like a once a week update for now.

I’ve got ideas for 2 more blogs.  One of them would probably be like a once a month update and the other one has the potential to be an everyday thing.  I’ll have to wait and see how things go as to whether or not I even want to start them.

That little mouse that is in the computer room is having fun I think.  It is running back and forth along the side of the wall.  I’ve seen him run at least 3 times in the last 20 minutes.

I just added a secondary Spam blocker to help fight that asshole that is sending me all that.  I hope it doesn’t give any of you legit readers out there any trouble.  If so then just let me know, I can always go back to deleting them manually as I see them or maybe try a different blocker.

I went back to the beach to help carry some of the things back.  It’s not that late, around 7:30, but it’s so dark out there at the beach because there are not light around there.  It would actually be pretty nice for a couple to sit out there and listen to the water out there.  You can still see the water anyway.  I might try to talk Lita into sitting out there some night when it’s really dark.

That damn spammer just keeps sending.  He must have a computer sending them because it’s relentless.  I finally put in one of those simple math things to be sure whoever is there is actually a human.  I didn’t want to do it, but I can’t monitor the site 24/7, even though Lita things I do.  I tried to get by with just banning his IP Addresses, but he must have hundreds of those things.  That math thing seems to have stopped him cold (even until now in real time).  I think that in about a month I will make that thing inactive to check to see if that asshole has stopped sending them.  If he has, I’ll leave it inactive, but on standby in case he returns or someone else starts up.  It’s not so bad to have to put the number in there, but let me know if it’s giving y’all trouble.

I changed the name of my other blog.  It is now called: “Thoughts on Facts – Stupid or Otherwise”. 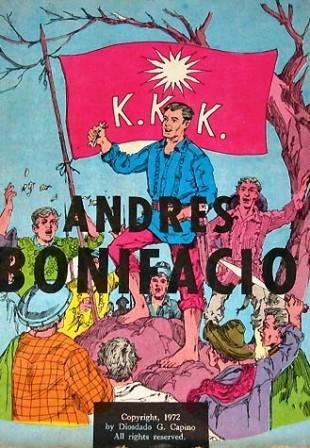