Sorry I’m a little late with this post.  I was going to do it earlier but Merly Ann wanted to use the computer and a can’t tell a pretty, young lady no.  After she left my wife came in here and took the fan, so I can’t stay in here very long without that fan because it’s way too hot.  Plus on top of all that, they forced me to participate in their fiesta and eat food and drink Red Horse.  Okay well maybe they didn’t have to force too hard.  It’s 10:17pm at the moment and I hope I can finish tonight, but I probably won’t because I’m yawning already again.

Useless Knowledge: The field hockey event is the only event in which India has ever won any gold medals at the Olympics.

Let’s get back to the ending of Day 2 of our vacation.  We had just bought our tickets and had passed through into the restricted area at Hong Kong International Airport.  From this point on in the post, I’m going by memory, because by this time of our trip, all I wanted to do was get back home.  That’s what happens when you don’t take a proper vacation, all you want to do is go home.  We were never the big vacation type people.  In fact, we rarely ever take a vacation, but that is suppose to be changing.  We are suppose to be retired and enjoying ourselves, so we are a bit new at the vacation thing.  I learned a great deal on this slightly flubbed vacation, so, as I mentioned at least once before, I won’t let this happen to us again. 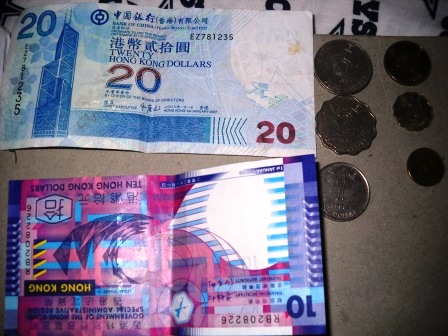 I remember something that I forgot to mention in the last post.  While we were at the Catbalogan van station, Lita wanted to get an umbrella because it was raining.  I told her that she couldn’t bring the umbrella on the airplane so she’d be wasting money.  She got the umbrella anyway.  She did manage to get the umbrella on the plane in Tacloban, but in Cebu, as we were walking to the International side, one of the guys working there mentioned the umbrella to her.  They said that if we wanted to bring it on the plane, we’d have to have it checked through as baggage.  Well we don’t have any other check in baggage so this would be kind of dumb.  So Lita just turned and gave her P150 umbrella to the lady sitting at the counter on her left.  Cool…took care of that problem fast.  P150 is just not worth all that trouble.

In the restricted area they have some very nice, comfortable chairs to sit in, but the really good ones are limited and usually people grab those first.  There are, I think, 8 chairs.  4 of the chairs had couples in them but the other 2 had 1 person each, taking up both seats.  In one of them the lady was doing some needle work and had her stuff spread out all over the other chair.  The other one, the last ones, had one guy with only a few things taking up the other chair.  Lita wanted to sit down, so she went up to the guy and asked to sit there.  He didn’t refuse.  He moved his stuff and Lita sat down.  Me, I walked around again.  I kept going to the board to see if our gate number was posted yet.  Inside the restricted area are a bunch restaurants and stores, including another Popeye’s, a Ben & Jerry’s and a McDonald’s.

Lita was sitting, reading one of her Tagalog dime romance books and wanted something to drink, some water actually.  So I went over to see how much the water at these places cost.  This part was a little weird for me.  At one of the sandwich places, that looked like nice sandwiches I will try next time, they had a small bottle of water for $20.  At Popeye’s they had the regular 1/2 liter size bottle for only $16.  At McDonald’s, which of course had the longest line, they had the same brand and size of water as Popeye’s for $8.  The range of the prices was difficult to understand, in fact I still don’t understand why.  So I stood in the long McDonald’s line just to buy a couple of bottle of water, because as you probably know by now, I don’t eat at McDonald’s.

Of course while we’re sitting there Lita got hungry again, but we at least had the leftover fried rice to eat.  The curry that she ordered at the Japanese restaurant earlier, well she said that if I wasn’t going to eat it, we should throw it away.  I threw it away.  Lita wanted to get some Popeye’s chicken to take on the plane with us, in case we got hungry on the plane or while waiting in Manila on the way home.  I don’t have anymore HK$, except what I am saving.  I was just going to use that, but then I realized it wasn’t enough to buy the 2 pieces of chicken.  So I went to the Travlex Currency Exchange place and wanted to get P300 or P400 worth of HK$, and get the change back in pesos.   The smallest amount she had in pesos was P500, so I got P500 worth of HK$ and the P500.  I forget how much it was, but I do have almost $60HK left over.  Any hoot…I bought 2 chicken breasts and as it turned out we did end up eating one of those while waiting in Manila, but the other one I ate after we got home, actually the next day.

There was a group of Filipinas waiting for the gate number to come up too, but they weren’t just standing up at the monitor, like I was.  Yes that is what I resorted to.  It got to be 1 1/2 before takeoff, and no gate number yet, so I figured it would be coming at at anytime.  I wanted to find out the gate number, get Lita and get to that gate before that group of Filipinas did.  Maybe it was just the little competitiveness in me, but I think it was because it would be a longer wait if we got stuck behind the 7 of them.  I finally got tired of waiting and went up to the little information kiosk.  Right when I finished asking about it, I looked up and the gate number starting flashing up there.   Gate #44.  I calmly went to get Lita, so not to make the Filipinas suspicious, and got her to head towards the elevator, which was really close, by the departure monitor in fact.  We were in the elevator and down, before the Filipinas even knew about the gate.  The gate was not hard to find and it wasn’t too long of a walk, but a lot of people did beat us to the gate.  Turns out it didn’t matter how fast we got there, they were late.  Boarding time was suppose to be around 9:40pm.  The plane didn’t even arrive until 9:45.  Cool thing is though, we still managed to takeoff on time.

We also arrived about 5 minutes early in Manila.  It was a fast flight for me because I slept almost all the way.

I’m going to post this now.  It’ll be a little incomplete, but I will do another post later today, I hope.  I need to get caught up and since I was sick and I didn’t take any great notes, a couple of those days I didn’t take any notes.  I’ll slide a couple more pictures in here and do my best to finish up later this evening.

Useless Knowledge: Vaudevillian Jack Norworth wrote “Take Me Out to the Ballgame” in 1908, after seeing a sign on a bus advertising BASEBALL TODAY/POLO GROUNDS. Norworth and his friend Albert von Tilzer (who wrote the music) had never been to a baseball game before their song became a hit sing-along.

Caloocan, Manila; nicknamed Oriang, she will become the wife of Gat Andres Bonifacio y de Castro, the revolutionary movement’s co-founder, Supremo and soul of the 1896 Revolution—to be wedded first under Catholic Church rites in Binondo and later, under Katipunan rites in the house of their sponsors; to be dubbed the “Lakambini” of the Katipunan, Oriang will early on become a widow when Bonifacio is deposed fraudulently, ordered seized dead or alive, subjected to kangaroo court martial trial and ordered executed by the power-grabbing Emilio Aguinaldo y Famy; during the attack and seizure of the Supremo who was shot and then stabbed at the throat, Oriang will be raped by one of Aguinaldo’smen but following the Supremo’s killing, the Lakambini will marry a second time to Julio Nakpil, a close friend of the Supremo.