[smartads] If you remember from Sunday’s post, it was pretty boring at the end of the day.  So boring in fact that I didn’t have too much to say about anything.  The only thing I could think of to talk about was cigarettes.  Let’s see if today was any better.

I’m sitting out here in LolyKat with Titing.  He is checking his cell phone again and again.  He must be expecting a call or getting text messages.  It’s about 0845 and I’ve been out here about 30 minutes.  Titing’s not talking as much as he usually does when he’s out here, but he did point out that the Ciriaco has a new van.  That van was not there yesterday so today must be it’s first day.  I suppose they finally got around to replacing the red van that was in the accident.  More than likely this is the new shuttle, not the van I had on here yesterday.  He’s a preliminary picture of it.  I’ll get a better one later. 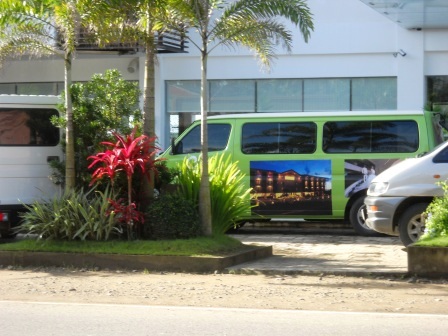 Lita went back to bed, but I wish she would get up long enough for me to make breakfast.  I guess I’ll have to get by on the 2 peanut butter sandwiches and the “cup of joe”, until she does get up.

I didn’t get any chicken yesterday.  That’s usually the day that Lita finds a way to get chicken.  It’s okay, we can make up for it later.  It’s not like it’s a crucial thing that needs to be done.

I think the guy that washes the windows at the Ciriaco is the same guy out there washing the vans.  I don’t know for sure though.  A lot of the Filipino guys all look alike to me, until I get to know them.  I suppose it’s just that I don’t pay much attention to the guys.  If it does turn out to be the same guy though, I’m going to start calling him “The Washer”. 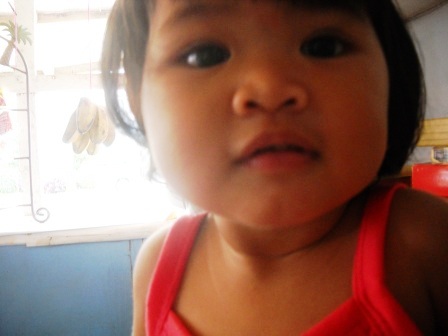 It’s Monday, must be trash day.  I see them loading up the truck over by the Ciriaco.  They don’t play that music anymore or maybe they just play that when they are collecting recyclables?  I can sure smell them coming though.

Lita got up to go to the CR and I “put a bug in her ear” and told her that when she gets up, I want to make something to eat.  Almost 15 minutes later she shows up and says that I should go make something to eat and she will just go back to bed afterwards.  And that’s exactly what happen too.  At right about 11:00, I finished my cucumber & tomato sandwiches, went back out there and she left to go back to bed.  I’m thirsty now though and nothing I want to drink is cold.  I’ll have to work around that somehow.  (I ended up buying a 1.5 Mountain Dew from Neneng). 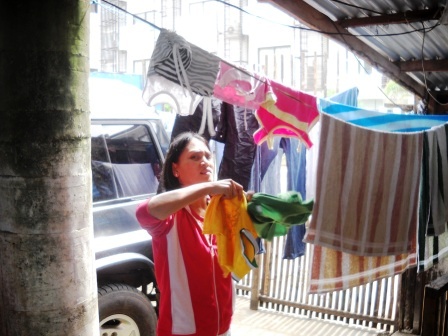 I had WP-Mingle on the site, but I took it off.  I was thinking I needed to make this a more sociable site, but changed my mind.  I would like for everyone to interact with each other more though.

I made an attempt to make it easier for y’all to put your own pictures on your comments instead of using the default pictures.  Supposedly there is a “Your Profile” associated with this website at your end and if you go there, it will allow you to insert a picture.  I have no idea how that would work, but if someone else finds it and uses it, please let me know that it worked, and how it worked.  If it doesn’t work or if I misread the meaning of the plugin I used, then I can always try something else.

I made my way into the house about 1:00pm and I have been working on the blogs ever since.  It is 4:23pm now.  If I take a break and go outside, Lita will suddenly become tired and I’ll  have to stay out there.  Right now I hear her out there talking with a couple of people.  I think Titing is one of them.

She just yelled for me to cook the sweet potatoes.  She says she likes the way I cook them.  She always says that when she doesn’t feel like cooking and it’s something easy like that.  I let her get away with it.  I cooked the potatoes for us and I added some onions and peppers to mine.  She didn’t eat too many of them anyway because she was going to cook fish after I was done cooking.  That means after I cook, I’m in LolyKat. 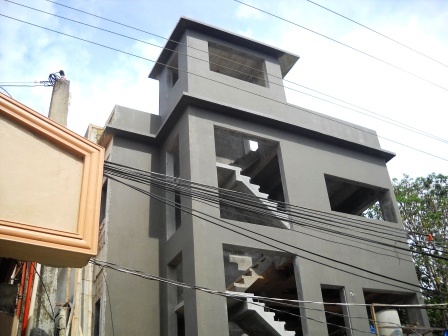 Neighbor next to the gift shop

One of the small Pepsi trucks is having a problem.  They had to push it up front and now there are about 6 guys out there talking very loudly about the truck, I guess.  They are doing a lot of talking.  I don’t know what’s wrong with the truck, but it’s probably the brakes.  They took the wheel off and they are working in that area.

Yesterday I gave you a pet peeve about something I don’t like here.  Today I will give you something I do like.  I like it when I can go in the kitchen, cook, make a mess and just leave it.  Oh I don’t make a big mess, usually, but I could.  After about 15-20 minutes, it is all clean.  Unless of course Vicky has gone home for the night.  Sometimes I will do the dishes when I feel like it and sometimes if I don’t feel like it, Jay will wash the dishes before he goes to bed.

It got dark out front where they are working on that truck, so I put a light out there for them.  They will probably stay until they get it fixed or until they determine there is not way it will get done in one day.  They work to all hours around here, and without overtime pay.  The guys that are actually working on it are not the drivers this time.  These are a couple of actual mechanics they called in.

I see that Globe is advertising a faster service for an additional cost at certain times of the day and night, when the traffic is suppose to be the heaviest.  I also noticed that my computer has slowed down during those times.  Something seems a bit fishy to me.

Answers to 15 Jan Quiz in Green.

Filipino:  The City of Puerto Princesa (lit. City of Princess Port, Filipino: Lungsod ng Puerto Princesa) is a city located on the western provincial island of Palawan, one of 80 provinces which make up the Philippines. Though the provincial seat of government for Palawan, the city itself is one of 38 independent cities within the Philippines not controlled by the province in which it is geographically located and is therefore an independent area located within Palawan.

Historically, the place was named after Princess Asunción, born in 1864 to Queen Isabella II and her consort, Francisco de Cádiz. When the princess suffered an untimely death, the Queen changed the name to Puerto de la Princesa. Eventually, the name was reduced to Puerto Princesa as it is known today.

Texas:  Susanna Wilkerson Dickinson (first name also spelled Susana and Susannah; last name also spelled Dickerson and Dickenson) (1814 – October 7, 1883) was one of two American survivors of the 1836 Battle of the Alamo during the Texas Revolution, where her husband, Captain Almaron Dickinson, and 182 other defenders were killed by the Mexican Army. The second survivor was her infant daughter.  After the Alamo, she returned home to Goliad only to be forced to join in the Runaway Scrape. She was part of the group that informed Houston about the Alamo.

Filipino:  Who is the former Senate President who came from Abra?

Texas: Which man left the Alamo twice to deliver messages and returned both times at great risk, only to die after the second return, while defending the fort?

Useless Knowledge:  A telegram was sent to Eleanor Roosevelt from the 1939 World’s Fair in New York using only the current from electric eels.

10 thoughts on “Watching the Washer Cook”