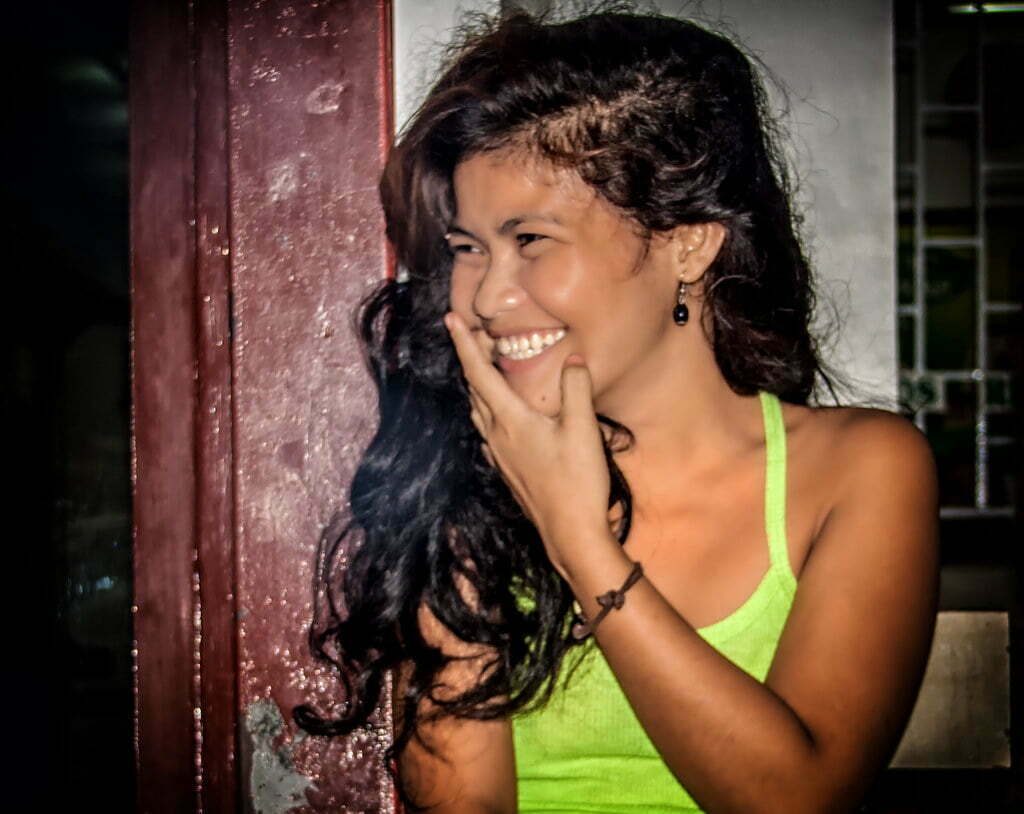 Pretty Filipina that lives on the street.

Interesting video, but no-where near unique. After watching this video I decided I really should do a blog post on this subject to tell what I think and know about it.  I know couples with bigger age gaps. All those couples are Filipinas married to foreigners.  I live in the Philippines and have been married to a Filipina for 39+ years.

Filipinos are like other people, some are good, some are bad. I don’t know how this all turned out but this guy should have been more cautious. Many Filipinas on-line are just after the money of the “rich” foreigner. Plenty of Filipinos think that ALL Americans are rich. Most of the ones on-line expertly learn the best way to extract money from you.  The vast majority of Filipinas are so sweet, but some only act sweet and are very evil underneath. There have been guys that send money to their “sweethearts” every month for things like building a house here or preparing paperwork to go to the US, UK, Australia or where ever and the whole time the sweetheart has a Filipino boyfriend and other foreigners on the hook sending her money. In a few cases, the guy sells everything in his home country to move to the Philippines but when he gets there, no sweetheart to meet him and he has no way or knowledge on how to find her. That does not seem the case in this situation. If the guy has met her family, it’s less likely she is a scammer, but not impossible.

It is not simple for the average Filipino to go to the US. You have many hoops to jump through. Each hoop cost money and, in some cases, you are told if you pay extra you get extra fast service.  The best way that I know of to do this is via the Fiancee Visa.  The reason it is not so simple is that too many Filipinos, even though they are only on 90-day visas, will not come back once they get to another country where they can make a decent living and be able to send money back to their families.   If they get married within that 90-days to a foreigner and then file for their green card, they do not have to come back.  There have been several cases that I’ve heard of where the ‘older’ guy spends his money to bring the young lady over and she leaves him after a couple of weeks for someone else, usually a younger guy.

Now, on the other side of the coin, some foreigners file to get these young ladies to their country and end up abusing them and using them as their personal servant.  They could even be sold as sex slaves.  Get them to a foreign country where they experience tremendous culture shock, take their passports and either threaten them or promise them their passport and traveling money if they just do as they are told for a while.  Both sides take a chance if you do not do your homework.

I would say that most of the ladies looking to be married to a foreigner are legit.  I know that plenty of Filipinas really do not care about the age of a man, in fact, many prefer a man a bit older because he is usually more secure in his life.  I think they are looking for security first, money next and love third.  I don’t blame them for that though.  For the average person in the Philippines, it’s very hard to make a decent living.  This is just one of the ways that Filipino’s use to get that security and money to help support their family.  Other ways are as an Overseas Filipino Worker (OFW) or prostitution.  Make no mistake, the family is very important in the Philippines.  They will do what it takes to do their share.

I always wonder why is it anyone’s business who gets married to whom?  I mean if a young, beautiful, sexy Filipina wants to marry an old, ugly guy, that’s their business.  If the lady is old enough to decide for herself, then everyone else should butt out.  They should both do their homework and learn about each other and decide exactly how they think their marriage should go.  I hear many people say that she probably only wants him for his money.  I say to those people, “So what?”.   If the guy has found a good Filipina, she will be a companion for life.  She will take care of him for as long as he lives.  Maybe it’s less than a true marriage and more like a cross between a marriage and a live-in caretaker/housekeeper, but, again, what business is it of yours?  She takes care of his needs and he takes care of her and her family.  They are both getting what they want.  When he dies she has him buried and gets whatever inheritance in his will.  He knows it, she knows it and it’s their business.  He can spend his money any way he desires.  What’s the alternative for when he gets old, go to a nursing home?  Maybe move-in with his children, be a burden and disrupt their lives?  Die sad and lonely at his home?  No, to me, the best option here is the one with the Filipina taking care of you and getting to stay in your own home.

My opinion on this video is that the guy is going about things the wrong way.  He is treating her like she is one of his children.  She might be the same age as his children, but she will hold a different position in his life.  This video is 4 years old.  If his attitude has not changed, I seriously doubt that they are still together. Although some Filipinas will put up with things like this if it means they will be able to help support their family back in the Philippines.  To me, she didn’t seem the type to do that though.  Plus, there are Filipino communities everywhere, she should look for Filipinas in the area.  Talk with them and learn from their experiences.

This is my opinion on this subject matter.  Everything in this post is accurate to the best of my knowledge.  I know everyone will no agree with me and maybe I was not perfect in everything that I said, but this is what I think.  I also know that this is not true in every situation.  There is always an exception to everything.  I do welcome any civil comments on this matter and am willing to listen to someone else’s opinion.

8 thoughts on “Marrying a Young Filipina”