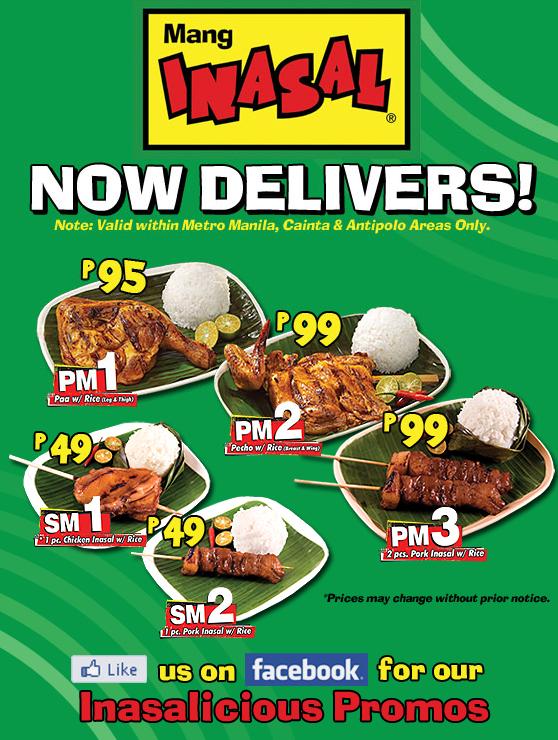 [smartads] Lita and I decided to stop at the restaurant Mang Inasal on our trip downtown.  We only get to eat out on average once a month these days and she decided she wanted to try something different than the normal Chow King that we have been going to.  As we entered the doorman was very pleasant, the atmosphere was nice, the place was very clean and the counter girls were pretty.  Since this was our first solo trip here, we had been there with a group before, but we didn’t have to really look at the menu then, we stopped to check the menu on the wall above the counter.

After we decided I had to go through the normal ‘extra’ explaining due to the language barrier.  I had not eaten much of anything all day and it was almost 5pm, so I wanted 3 pieces of chicken and 1 order of rice.  For some reason the young ladies behind the counter did not understand this concept.  She kept wanting to give me 1 piece of chicken and unlimited rice.  That must be a Filipino thing.

After I finally figured I had it through to her and she had it rung up, I’ve had enough experience with the language thing to want to make sure.  I asked the young lady, “How many pieces of chicken am I getting”?  She said, “One”.  Oh man!  I told her again, I want 3 pieces of chicken and I held up 3 fingers.  She said that is extra and showed me it on the menu board, I told her that’s fine.

Now I think I’ve got this all settled, Lita has order some pork pancit, but she jumped in there after I ordered and said she wanted to add a halo-halo.  So as this lady is ringing it up she is saying what she is ringing up.  I should have paid more attention, but I did hear her say halo-halo.  So we got our number (#6) and headed for a table.  There were only 4 other people in there and they were all at one table.  One of the guys that works there came out and turned the a/c up.  Good, so we got a place close to the a/c.

When the food arrives they bring me 2 pieces of chicken with rice and they bring Lita her pork pancit, plus both our drinks.  I don’t know what was said by Lita to the waiter, but it was something about the halo-halo.  After we were both just about finished eating, no other food had showed up.  She’s still expecting the halo-halo and I’m still expecting that 1 piece of chicken.  I pull out the receipt in my pocket and I’ll be dang if neither on of those are on the receipt.  She only rang up 2 pieces of chicken and the halo-halo was no where to be seen.

They offered to fix the problem, but we would still have to pay for it.  We just told them to forget it, we had to get to the store before they closed and we had already wasted enough time here.

Other problems I had with them is that (1) they do not have chicken breasts, my favorite.  I asked for the breast at the counter several times, but she said they do not have breasts there.  The way she said it made me believe that they ‘never’ have them there at all, (2) they serve 1.5 liters of drinks, which is good, but they want P80 for it and you can buy it at the store for half that price and (3) the iced tea seems a bit pricy too.  It was P35 for a large, which was almost twice the price of a regular soft soft drink (P19).

Now I liked the chicken and the rice was good too, and I don’t eat cheap rice, but I’m not sure I want to visit this place again.  I may, but I will probably have to be by myself because Lita says she will not go there again.  When/If I do go again, I will order the same thing and be sure to look at the ticket when she hands it to me.  I will fix any discrepancies on the spot.

10 thoughts on “Mang Inasal Encounter of the Filipino Kind”