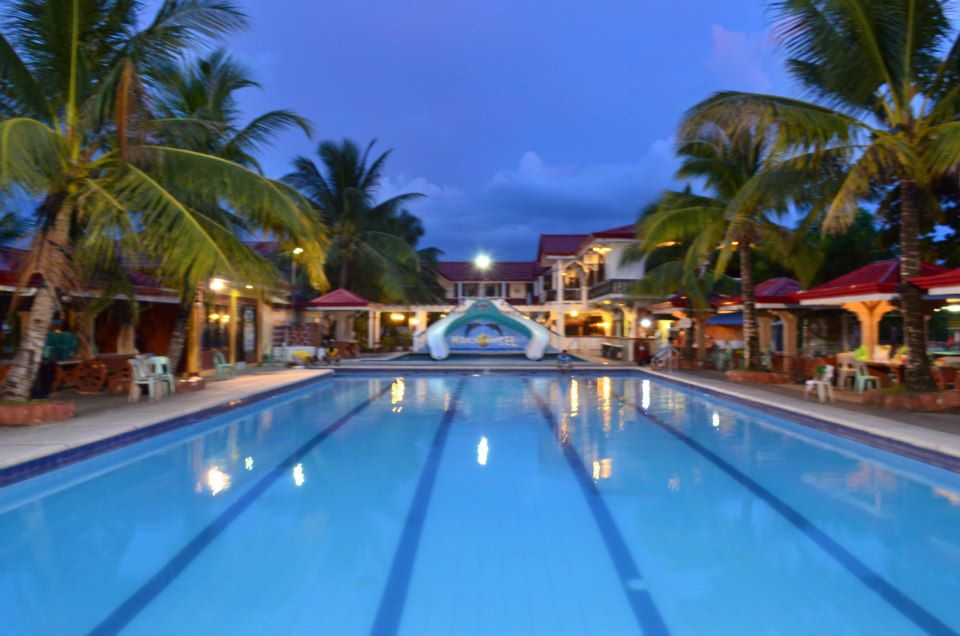 Marju Krisel Pool with New Addition in Back

The other day Lita told me that the jalapenos that Victor planted are coming out.  It’s the first time that they are actually growing.  He brought some soil from the mountains and is using that for his little garden up on the second floor.  So I went up to look at the little plants and I saw like a dozen some them.  I said, “Cool”.  I was counting them to see actually how many there were and Lita said, “What are you doing?”.  “I’m counting the jalapeno plants”, I said.  She says, “Those are not the jalapeno plants, those little ones there are”.  Oh great!  I had to bend down to see the jalapeno plants because they were so small.  But at least they have started coming out for the first time.  I sure hope that they continue to grow because I sure do miss my jalapenos.

On Thursday I found out that Marlou has a stove with an oven now.  I hear he bought a used one from someone he knew that was moving out of the Philippines.  I also hear it was only P15,000.  We wish we had an oven here.  It’s on our wish list, but it’s not at the top of the list.  Maybe I should at least mentally move it up on that unwritten list.  Heck I’m not even sure this house is equipped for a stove with oven.  I know it’s not for a gas stove, unless they have one with a tank, but I suppose we could put an outlet in the kitchen/dining area somewhere to plug an electric one up.  We do have 2 outlets for air cons, so that’s about the same as a major appliance outlet.  Enchiladas, lasagna and baked chicken are high on my mental oven list. 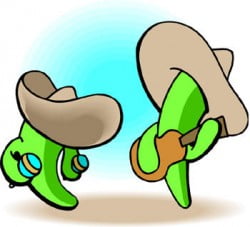 I have been getting a lot of spam again recently on this site.  For a long time I hardly got any at all.  I haven’t changed anything, except updating my Akismet (spam control plugin).  I mentioned it to Rich, my blog guru and fellow blog administrator, and he said that the more popular your blog gets, the more you will get spam and offers in your e-mail, even though most of those a spam also.  Well I have been getting both, so if that means the site is getting more popular, I’ll put up with deleting 50 or 60 spam messages per day.  I’ve got not problem with sending incoming e-mails to my spam folder either, if they don’t already go there.  A lot of the spam comments I get on this site make me laugh.  They are obviously from people whose first language is not English, or maybe they are some really ignorant people.  The wording that they have and their use of words is what tickles me.  One of my favorite ones is when they send me, “Supper Post“.  Now I figure they mean “Super Post”, but it just tickles and annoys me at the same time when I see one of those.  There are other ones too, like this one: You made the an excellent work authoring and discovering the buried beneficial popular features of, or this one, I needed refresh typically the page times to watch this page i really enjoy seeing, however, the info here was basically worth typically the wait.  Who writes like that unless you don’t really know the language?  Do people actually fall for stupid lines like that and press “Approve Post”?  I figure that if I delete them almost as fast as they put them on the site, they will get the message after awhile and finally stop.  I’m on the computer about 11 or 12 hours per day usually (another reason to get that fitness center at the Ciriaco built soon), so I get a lot of them fast.

As I told you before, I have the brown out schedule for the rest of the year.  Well this Saturday, Oct 27th was suppose to be a brown out day, but I noticed on the Samelco I Facebook page that it had been cancelled.  Of course I didn’t check it until after I told Titing about the scheduled brown out.  I was going by what I have written on the calendar and not checking the Facebook first.  So about 5 minutes after I told him there would be a brown out, I had to go tell him that now there wasn’t.  He had some baker’s training scheduled for today, so he was a bit concerned.  Even though it was cancelled in the Facebook, I still was wondering if it would happen.  It didn’t.  I made sure to “Like” it on their page and I also left a comment expressing my happiness.  Whomever the Samelco representative is on the account, they gave my comment a “Like”.  I’m liking it. 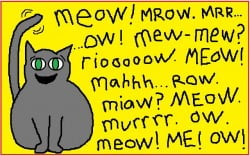 Saturday night at 7:00pm, at the Calbayog City Sports Center they had a dance.  The name of the event was Shindig – A Pre-Halloween Dance for a Cause.  I don’t know anyone from here that went, but maybe some of the teenagers and young adults did.  I would have liked to have gone to take pictures, but until this site is making consistent money, Lita will have a problem with that.  Of course I can always say that unless I do things like this, the site will never make consistent money, but that probably would not work.  I did not get ‘supper‘ bored, or I would have went there to take at least a few pictures to post on here. 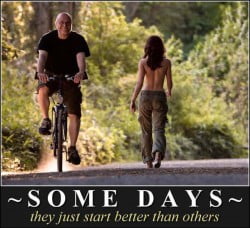 The day before yesterday, as I was sitting in here at the computer, there was one of those stray cats outside meowing.  I swear that cat meowed for about 15 minutes without stopping.  I figure it’s hungry, but if I feed it, it will never go away.  Why can’t they just catch the mice and rats around here like normal cats?  Anyway, it got to where I couldn’t stand it anymore.  I got a small bowl of water and went outside to throw it on him.  When I walked outside, he ran.  I guess he remembered that I threw water on him before, from the same little bowl even.  He left and I didn’t have to hear the meowing for several hours after that.    I told Lita later what happened and she said, “Why you do that, he was probably just hungry”.  Yes, that’s exactly the way she said it.  I told her, “How would you feel if a cat kept meowing for 15 minutes and not stopping?  She said it wouldn’t bother her.  So I commenced to meowing repeatedly.  Oh she definitely knew I was there, but since she just told me that it would not bother her, she didn’t say anything to me.  After about 10 minutes, I got tired and quit.  She just kept laughing and saying, “It’s not bothering me”, so I figured it was.

Be sure to read the Interesting Knowledge for today.  I’d like to know if this is actually true.  If it is, I never knew it, but it’s interesting.

Interesting Knowledge:  You can’t use a U.S. computer monitor in Australia because the colors would be wrong. The magnetic field of the Earth pulls the electron beams hitting the cathode tube to a position relative to its position in the magnetic field.

Integrity is not a conditional word. It doesn’t blow in the wind or change with the weather. It is your inner image of yourself, and if you look in there and see a man who won’t cheat, then you know he never will.