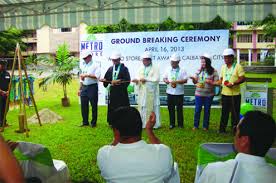 CALBAYOG CITY — The establishment of a hypermarket in this city owned by the Gaisano Group of Companies would not only help generate employment but is expected to help boost its economy, a company’s officer said.

Eduardo Ponce, president and chief operating officer of the Metro Gaisano, made the statement Wednesday during the groundbreaking of the company’s retail store in this city.

“Hopefully, we become part of the development of Calbayog and bring in more investments in the city. So we are very bullish about it,” Ponce said in an interview.

The establishment of the Metro Gaisano in this city is the second venture of the Vicsal Development Corp. (VICSAL) in the region, with its first retail store located in Tacloban City, the regional capital.

The company operates the MS retail store located at Marasbaras district in Tacloban. The company is set to conduct a repair of the building to set its standard anytime next year.

The VICSAL entered into a lease area agreement with the management of the Christ the King College, which owns the bigger space where the retail store occupies.

About 1,700 square meters, meanwhile, is owned by the City Government wherein the company would pay P140,000 a month of lease. 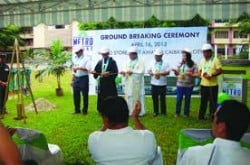