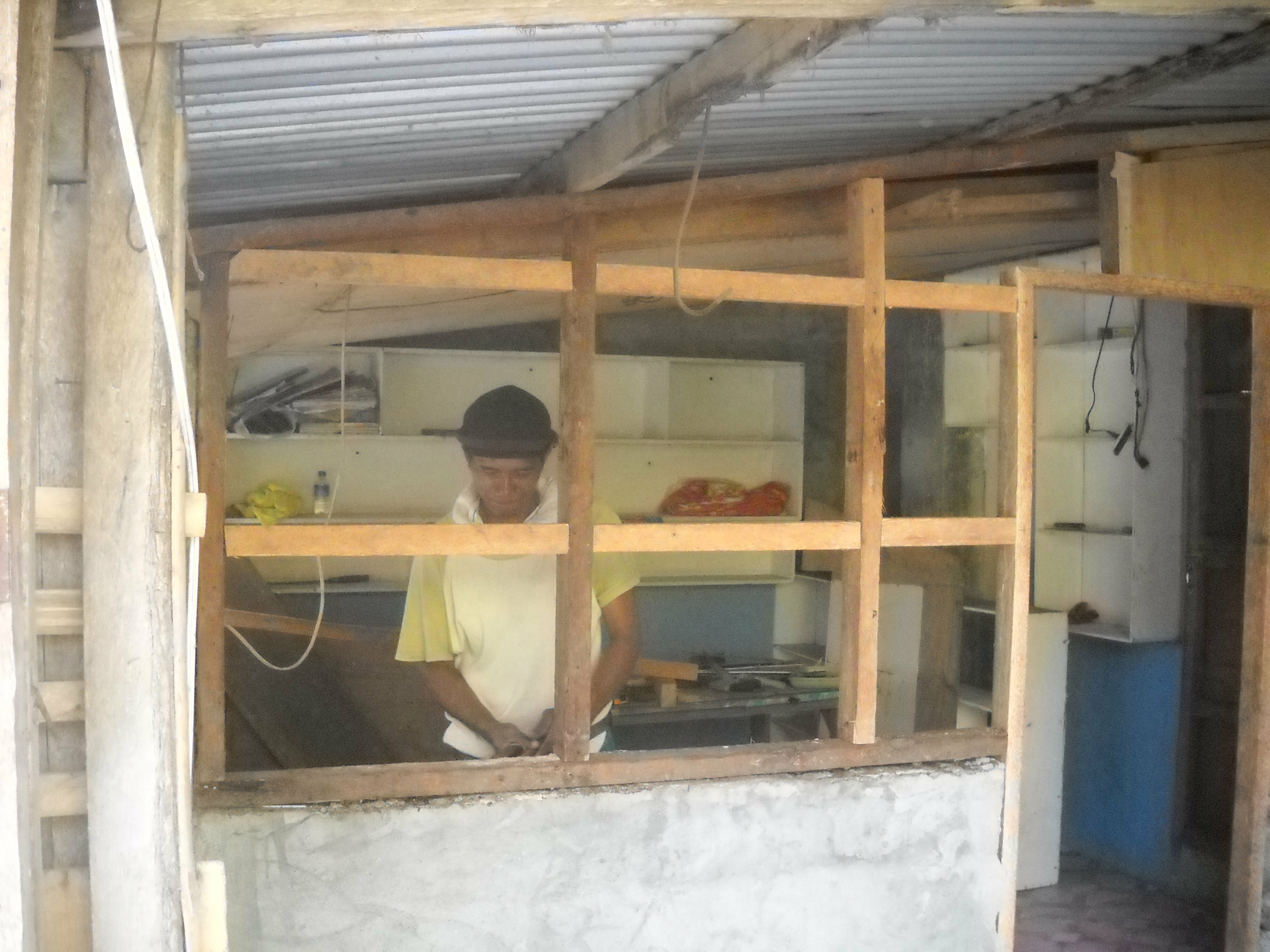 Okay I have got some good stuff today, but I’m not sure just how long this post is going to be.  Don’t worry, it would be more on the short side than the long side.  Actually I’ve only got 3 things on my list, but there are a couple more in my head, including an update on the restaurant.

I’m going to mention this first picture first since everyone has probably already seen it.  Have you ever seen the pictures of someone on vacation having their picture taken but something in the background distracted you from the picture?  Usually it something obscene, but not in this case.  Juvic put some makeup on Precious and went to take a picture of it.  Just as she snapped the picture, 8 month old Samantha stuck her head around and made this face.  I now have this picture as my background on my computer.  I wanted to make it my feature picture, but it’s not large enough, since I ‘borrowed’ it from Juvic’s Facebook page.

I had another visitor from one of you readers out there that I have never met before.  Mark Gianetta came by to see me on January 19th, the day after my birthday.  He knew it was my birthday and he brought by 2 bottles of BBQ sauce for me.  He brought my favorite, Kraft Thick & Spicy and his favorite, Sweet Baby Ray’s Sweet & Spicy.  For some of y’all that have been reading for awhile, you might remember that the last time someone brought me some BBQ sauce, it was Wayne and he brought me the same Sweet Baby Ray’s sauce.  Strange coincidence huh?  It’s a good BBQ sauce so it’s okay with me.  Wayne said he just picked up one at the airport in Seattle on his way here and Mark says it’s his favorite.  I’m just glad that they introduced it to me.  I know that if mine is not available for some reason, I can buy that one with confidence.

Mark was a pretty cool guy.  It’s sometimes awkward when I meet new people, but I’ve been lucky with the ones that have come by here to visit.  They have all been cool people.  For some reason I keep wanting to call Mark, George.  I have no idea why.  The only George I even know that comes to the Philippines is Gary and Jen Beaudean’s son, and he is just a kid.  A cool kid, but still just a kid.  Mark I hope I don’t mess it up or you might have to change your name.  Well I guess I could just figure it out instead,  that might be easier for everyone.

As you can see I have some updated pictures of what’s going with the restaurant.  Things are still on schedule to open at the beginning of February.  Lita told me today that the plan is to be open from 10am – 10pm, but we’ll see how that works out after they get a better handle on the schedule of the Ciriaco people and the walk in customers.

I found a place that offers free college classes online.  None of them will get you any college credits, but all the ones that I looked at do offer a Certificate of Completion.  I’m talking about from major universities in the US, like Stanford, Rice, Princeton and Brown.  I found a section on Electrical Engineering and informed Grace because that is what she is studying here at Northwest Samar State University.  I think I got that name right.  She does not have a computer, but she still might take a class or two.  It’s free, so why not?  The longest one I noticed was 12 weeks and it said it would take up 8-10 hours per week.  There are plenty that have less hours and are only like 5 weeks.  I’m not entering the link to the site, but if you want to know what it is, just leave a comment and I’ll e-mail it to you.

This last thing I’m not going into a great amount of detail, but one of the family members is in the hospital.  He had a stroke and is suffering from complications of mostly high blood pressure, but I hear he also has high cholesterol.  Just one of those is bad enough by itself, but 2 together, well that’s not good.  Just this morning I heard that he is now awake, but can not speak yet.  He was in a coma for 3 days.  He is on medication for the high blood pressure because in 2008 when we were here to visit, we brought our blood pressure machine with us and when we checked his, it was way high.  He wasn’t going to go see the doctor, but his asawa convinced him otherwise, as usually only the asawas can do.  It seems that maybe the medication he was on, was not the best one for him.  I don’t know if he did a follow up with the doctor or not after he was first prescribed the medication.  These new doctors have changed his medication though.  His wife had to pawn the house to have enough money for him to stay in the hospital, but she never gave it a second thought.  We are hoping for the best of course and I am confident that he is back to being his same old self soon, but only time will tell for sure.  We would sure appreciate some prayers from everyone that prays and some well wishes from the ones that don’t.

7 thoughts on “Grinning, Visiting and Praying”