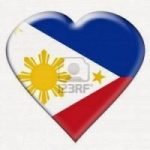 Obviously its been too long since my last post.  It’s not like I could not have posted anything, I could have, but didn’t.  Too freaking lazy I guess.  Also, I almost sold this site to someone.  It seems he changed his mind though.  I think the content would have been much different.  He is also an American living here and he teaches French and Spanish online.  I don’t know how much he charges, but I’m willing to bet it’s not very much for something like that.  If anyone is interested let me know and I’ll get the contact information to you.

I am still locked out of Facebook.  I have tried everything I know to do to get back on.  I consulted one of the Facebook Experts and even he could not get me back on.  I had to pay $27 to talk with him but since he could not help me get back on, he refunded the money.  Now that is integrity.  I am currently sending Facebook 2 messages per day asking what is going on.  I think they really do not care about little old me.  However, if they don’t answer, I will start sending them 3 messages per day.  I will keep increasing the number of messages I send.  Each message only takes a few seconds if you copy/paste the same message over and over.  So far I have been sending them a new message each time but I’ll resort to the same one over and over if necessary.  I’ve even thought about sending them like 20 messages in a row.  Maybe they would take notice of that easier.  Maybe it would be a negative observation though and I can’t afford to make them mad when I’m asking for assistance.

My social security did start coming in this month but last month was so bad we borrowed money.  We paid it back this month so we didn’t get to do any of the things I really wanted to do.  I’ll start all that in April.  So far I see nothing to prevent me from doing so.

Speaking of April, it will be our 40th wedding anniversary on the 7th of April.  I know Lita wants to go out to eat at her favorite restaurant here but other than that I’m stuck on what I should give her.  The traditional 40th-anniversary gift is ruby.  She likes red wine so maybe a bottle of Ruby Red wine.  I suppose it really does not matter but I think I’ll get her something and just wrap it in a ruby red ribbon (if I can find one here).  I know it’s my anniversary also but I’d be happy just getting a decent hamburger or sub sandwich.  Hmmm!  That gives me an idea for something for her.  I’ll have to coordinate with another person or two but I’ll let you know how it goes.

This morning Lita sent me to The Islander Cafe, next to Mango Lounge, to get breakfast.  They have an excellent breakfast, Western or Filipino style.  The prices are really good and Lita just loves their pancakes.  She had the sausage for the first time today and she likes that now also.  I suspect that next time I go, I’ll have to get pancakes & sausage.  Anyway, while I was walking I noticed that in the big hole in the road where they are doing construction there was a taxikol (a registered tricycle) at the bottom in the water.  Evidently, early this morning around 4 am they drove right into it.  It’s weird because they had to drive through a barricade to get there.  From what I heard there were 3 passengers.  They all went to the hospital.  Their status is unknown at this time.  Most likely alcohol was involved.  I believe I saw the news people there a while ago so I suspect the story will be in the Calbayog Journal tomorrow.

Speaking of taxikols and tricycles, Titing is selling his franchised trike.  He is asking P80k for it.  I’m sure that is negotiable (that is what the Filipinos do you know, negotiate prices).  Evidently it is very hard to get a new franchise these days because there are so many trikes on the road already.  They are transferrable though, so maybe this could be a good deal.  I don’t know the prices of the trikes but I figure that anyone that wants one probably does know.  Just inquire here at the house.  He would rather negotiate in person than over the phone.

That’s all I have for now.  I apologize for taking so long since the last post.  As I usually say, I will try to post more often.  I do have a ‘possible’ story that will be starting soon.  Actually, maybe a couple of stories, both of them big news.  I hope they both develop because they are both good for us here and for the viewing audience (y’all).