[smartads] Don’t forget to click on the pictures because some of them have more information about the picture.

This is one of the 2 branches of Carmelo’s that is in downtown Calbayog.  This one is larger than the other one, but both look to be nice restaurants.  I have pictures of both restaurants on the front page under Philippines, Calbayog, Calbayog Restaurants.

Useless Knowledge: Camels have 3 eyelids to protect themselves from blowing sand, and a camel can shut its nostrils during a desert sandstorm.

3 Mar – Hit’s @ 0210 = 173429.  You see I got the hit count at 0210, so I went to bed around 0230.  I was up at 0458 because I was just laying in bed anyway, I couldn’t sleep.  Lita was just getting back from the CR so I asked her if we had eggs.  She said yes, she just bought a new 2 1/2 dozen container.  I told her that I couldn’t sleep so I was going to get up to make breakfast.  She got up with me, got out the bacon and said she wanted me to cook her some breakfast also.  Okay! Cool!  No problem.  She helped a little while then she said that she was still tired and was going to lay back down and I was to come get her when the breakfast was ready.  So I heat up the pan, cooked some bacon, cut the onions, seasoned the onions, cooked the onions, cracked the eggs (4) on top of the onions, cooked the eggs, then I got some bread and cooked that in the pan that I just took the eggs and onions out of so some of the flavor and bacon grease (Note: the bacon we get here makes very little grease of it’s own for some reason) would cook into the bread, put everything on two plates, got the tinidors (forks) and a drink (only 1 for us to share – a Mountain Dew) and went to get her.  She’s fast asleep and didn’t want to get up.  So I ate my breakfast, eyeing her’s the whole time, and when I finished mine I covered her’s up with another plate so the ants would not invade it.  When she finally got up later, she did eat it and said that it was very good.  Well at least that is something. 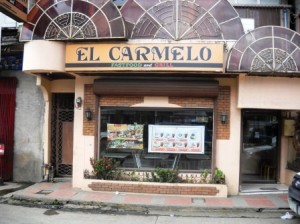 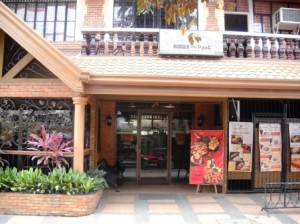 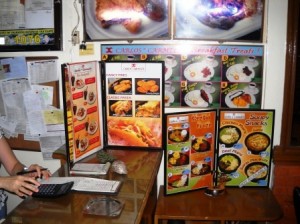 I finally did go to bed around 0800 and slept until 1:15pm.  Lita woke me up to get ready to go downtown.  I got ready and Ado and I left around 1:40pm.  My first stop was United Coconut Planters Bank (UCPB).  These days when I go into the bank I’m always apprehensive because I don’t know how many people will be waiting in line, I don’t know how many tellers will be at their stations and I don’t know which “1” is the one that is the only “1” that does the dollar transactions.  One of the security guards/doormen let me in and when I looked up towards the tellers there were 3 of them (good), there was only 1 person at the counter making a transaction (good), the 1 teller that does the dollars (bad).  It was the only teller that was doing a transaction.  So although there are 2 open tellers, I have to wait.  While I was waiting 2 other customers came in from the street, completed their transactions and left.  I had to wait about 10 minutes.  When I finally got to the teller, the transaction went normal, but I wonder why ‘every time’ I am doing a transaction, the teller has an override and has to call a Supervisor or someone else (not another teller) over to validate the override.  I’m not exaggerating on that either, it does happen every single time.  When I got home later, I reminded Lita that we need to open an account at Metro Bank instead anyway because it’s the only bank in town that I can effectively use the Check Card in the ATM on a consistent basis.  After the teller was finished, I went out to the multi-cab and told Ado that we needed to go pay the Internet bill at Globe.  Of course when I get there, there are a lot of other people there too.  I was #5 on the waiting list.  While I was waiting, Marlou showed up.  He was there to ask about his Internet because it was down.  Before someone came to help him, I asked him about the completion of the new market, since he is the Chief Engineer.  He said that they should finish building it by the end of this month.   He said that he didn’t know when it would be open, probably September, but they should finish building by the end of March.  Well let’s take into account that he is Filipino, so let’s say it should be finished by the end of next month, April.  Not to be bad mouthing Filipinos now, I have nothing at all against Filipinos, it’s just that they seem to be on their own time schedule sometimes.  I’m sure that most Filipinos would agree with me on that too.  I guess the people opening the market still need more time to inspect then finish dotting their i’s and crossing their t’s. 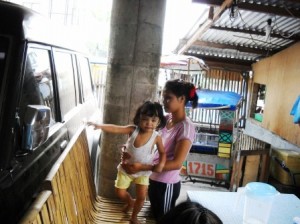 After paying for the Internet we went by Ado’s favorite gas station to put P200 worth of gas in the multi-cab.  Right down the road from there is where we paid the water bill of almost P2500 ($58).  I guess that’s not bad for as many people that we have using the water, all day, everyday.  There was only 1 person in front of me, and she was almost finished.  It’s about time I got a break on the waiting.  It seems that most of the water use comes from the area in back that has the washing machine.  The faucet that they use to fill it, is connect to our house.  Plus the children take baths and play in the water there.  When they can afford it, the families that help us use the water, will chip in some to pay the bill.

Next, and final stop, Samelco I, the electric company.  I don’t have a bill yet, but I’m told that it is late enough in the month that they should have it in the computer already.  When I got there surprise, surprise, there was no one else there.  I just walked right up to the window.  The teller who I went to was pre-occupied talking, but one of t……

We had a brown out that lasted less than a minute, but it put the Internet out all night long.  It is now the morning of the 5th and I will finish up the post now.

….was pre-occupied talking, but one of the other tellers got her attention.  I gave her the name on the account, told her it was in Bagacay and she looked it up with no problem.  Total electric bill for this month was P5545, almost $130.  I told the teller, OMG and she just smiled.  Actually the bill is not bad, for us, but it is a lot higher than normal for the average Filipino around here.  I just like to see them smile when I say something funny or stupid.  We use our fans constantly, we use our a/c often, we have the cooler for the drinks outside now added on because we didn’t have it for the last bill, plus people around here still have not learned to turn off the lights when they aren’t using them. 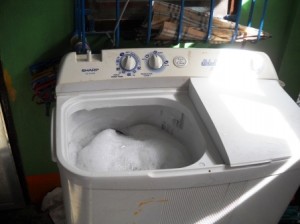 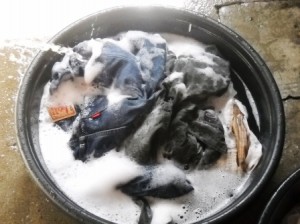 I found this website on the Internet that is misleading about Calbayog hotels.  If you click on this website looking for hotels in Calbayog, you’re wasting your time, you won’t find a thing, or at least I couldn’t.

They claim to be a hotel finder in Calbayog, but when you click on at least 2 of their links you get this message:

Sorry, the page you’re looking for can’t be found.

This can happen for a number of reasons. Let us help you find what you want.

On one of the links there, this one:

You get this response:

You are in Nowheresville!

This page doesn’t exist. You may have mistyped the address. Some of our pages are case sensitive.

I was able to find 1 picture of the Marju Krisel after a couple more clicks to another site connected to that one.

If you want to find hotels in the Calbayog area go to this website: www.texaninthephilippines.com (oh wait, that is this website, you’re already there).  Just check out the front page or if you want to know about another hotel that is not listed here or if the choice hotels I have are not good for you, just ask me, I can get pictures and rates for probably every hotel in the area.

Well that’s it for today.  Sorry for being late, but that brownout causing the Internet outage really delayed me big time.  I may even have another post for tonight.  I know I have a little story to write.  It’s about a dream I had last night. 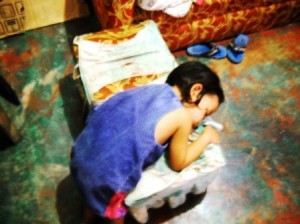 Don’t forget to click on the pictures because some of them have more information about the picture.

Just for Fun: I am changing shampoo!  The shampoo I use in the shower that runs down my body says “for extra volume and body”.  That’s what is making me fat.  I’m going to start using “Dawn” dish soap.  It says “dissolves fat that is otherwise difficult to remove”.   The NEW Weight Watchers!!!

1815 – The Kailianes (“townmates”) of the Philippine northern town of Sarrat in Ilocos Norte begin a rebellion against the rule of the Spanish colonizers; soon spreading to other towns such as Batac, Piddig, Paoay, Vintar, and San Nicolas, the uprising under the leadership of Simon Tomas, Mariano Espiritu, Vicente Santiago, and Andres Bugarin will be one of the many unsuccessful revolts in the archipelago prior to the Philippine Revolution of 1896; Spain had colonized the Southeast Asian archipelago beginning around the 1500s and onerous tributary arrangements and other conditions conditions of the natives have occasionally fueled (failed) revolts, including the Basi Revolt staged by the people of Ilocos Norte some eight years earlier in the bid to protest the Spaniard’s imposition of wine monopoly.

11 thoughts on “Falling in Line”