[smartads] Since I do not have any new pictures to post and Titing and Neneng have my camera in Boracay, I will feature a different city in the Philippines the next few days until the camera returns with the Boracay pictures.  Catbalogan is pronounced (caht-bah-lew-gan).  It is the first, and really the only, major city that we pass through on the way to Tacloban.  Most of the time when we pass through it is pretty crowded in the downtown area, but it seems like a pretty decent city.  It is bigger than Calbayog, but smaller than Tacloban.

Useless Knowledge: The female knot-tying weaver bird will refuse to mate with a male who has built a shoddy nest. If spurned, the male must take the nest apart and completely rebuild it in order to win the affections of the female.  (So it’s not just us human males that have to put up with it)

17 Feb – Hits at 0135 – 133003.  I was up at 0737 and watched the store for a little while.  Nothing of interest happened throughout the entire time I was there though.  Some pretty, young ladies that work at the Ciriaco stopped by to eat with us today and when they were finished they did stop to buy some mints at the store.  That had me smiling early. 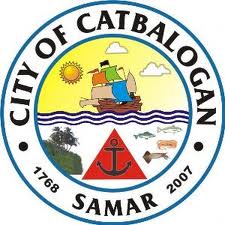 I did remember to take my medication today.

Today was a day to make new stew.  I did not have any bullion cubes, but I did have 3 chicken wings so the stew still came out good.  I like it when it has the beef flavoring better than the chicken flavoring though.

Lita says that an American staying at the Ciriaco came by today looking for a ‘can’ of Sprite.  We don’t have soda in cans here and being a Pepsi distributor, we don’t sell Sprite here either.  Usually they come in and get me when an American shows up, but she said she didn’t want to bother me today.  Evidently she was busy with some Filipina lady that was making some noise outside anyway.  Seems that the lady ordered some BBQ, but there were several people in front of her.  For some reason, she insisted that she was there first, although several other people said that it wasn’t so.  This lady was making herself look silly in front of everyone.  Lita was in the house fixing some of the BBQ, but she finally got tired of listening to it.  She went outside, ‘gave’ the lady the hot dog she was screaming about, and told her to go away.  You don’t have to pay, just go away.  I told her that maybe that is all she wanted to start with.  I think that if it was me, and I knew what was going on, I would have given her her hot dog first, made her pay and then the 2 people she cut in front of could have gotten their food at 1/2 price, or even free if it was too much trouble for them.  There is no need to be so loud and so rude.

I’ve got all the dogs around here afraid of me, except one.  That one dog is a velvet looking dog, I think a pit bull mix.  If I was going to adopt a neighborhood dog, as Lita has those cats, it’d be the one that isn’t afraid of me, yet.  I most likely won’t be doing that though.

Well Neneng and Titing did leave this morning as scheduled and on time.  Actually I think it was 0958 when they actually left the area and their scheduled departure time was 1000.  Leaving on time is something if you are Filipino I think.  I say that because it seems that they are never on time.  It’s called Filipino time around here.

Lita’s cousin, Eme (whom I have been calling Emery), wanted me to drink with him tonight.  I said no again.  I did tell him that maybe I will this Saturday night.  I probably won’t, but maybe.  I wanted to wait until at least Saturday night, because I have my weigh in on Saturday morning.  I already concerned about that weigh in now, but I still don’t let it worry me too much.  Yes I want to lose the weight and I should do it as quickly and as healthy as possible, but if I slip a little for a week or two, it’s probably not going to kill me.  I mean I’ve already lost 65 pounds, so I have been a lot bigger than I am now, and I still survived somehow.  I have my current plans and I am determined to get to that 199 mark at least.

Lita went to the market this morning.  I’m suppose to help watch the Store, but I don’t feel like doing it, so I won’t.  They (Vicky and J) don’t need my help anyway, not really.  Sometimes when I’m watching the store, people see me there and just leave without  asking for anything.  Oh if I am outside when someone shows up and the others are busy, I’ll help out.  I just don’t want to sit out there and wait for them to show up.

I think I will be going to bed early tonight.  I’m already falling asleep at the computer and it’s jut 8:45pm.

It’s 9:05 now and all I’ve been doing since the last sentence is sitting here falling asleep.  I’m going to have to find a surge and finish this post tonight or it’ll be morning before I can finish it.  I think I can make it tonight.  I still have to count the money for the BBQ and store when it is closed at 10pm, so it ‘should’ be okay.

Lita and Cathy bought some liquor to sell in the store today.  Beside the rhum, now we have bottles of brandy, which I don’t even like and they also bought some ‘sugar cane’ alcohol.   It is a clear liquor and I was wondering why it didn’t say on the bottle if it was gin, vodka, tequila or whatever.  It doesn’t say, because it is none of those.  Leo bought a bottle of it and a package of pineapple Tang.  He mixed the Tang, then mixed that with the sugar cane alcohol.  I gave it a taste and it kind of taste like vodka and gin mixed together to me.  It actually was a pretty good mix he had there and I’ve never tried to use pineapple Tang for a mix before.   Last time I checked 3 of the 4 bottles of this one has gone already and none of the brandy had sold yet.  I already told Lita not to buy brandy anymore.  Not too many people drink brandy that I’ve ever heard of anyway.

Lita has something wrong with her right eye.  It is swollen.  It seems to be getting better or at least not worse.  She doesn’t want to go to the doctor unless she just has to, but I told her that if it starts to get worse, we’re going.

Mar and his family are going to San Antonio island tomorrow.  I actually wanted to go to take pictures for y’all, but I don’t have my camera anyway.  We’ve been to San Antonio island before, but that was quite a while ago and it wasn’t as developed as it is now.  When we were there we had to fight off mosquitoes all night long.  That was back in 2002.   Supposedly it is so much better now.  Lita doesn’t really like to go there because the only way to get there and back is on a boat.  One of the smaller boats that take about 20-30 minutes to get there.  I thought it was pretty fun to ride in that little boat.

I keep falling asleep, I’m going to have to close out after I put the pictures in and publish this.  I’ll have a fresh start with my weigh-in in the morning.  Hopefully I at least lost the .3 in the 120.3 kilos.

Useless Knowledge: The energy released in one hour by just a single sunspot is equal to all the electrical power that will be used in the United States over the next million years. (Wow, wouldn’t it be cool to find a way to channel that energy).

1872 – Three Filipino priests Mariano Gomez, Jose G. Burgos, and Jacinto  R. Zamora, are executed by garrote at Bagumbayan, Manila two days after  being found guilty of the trumped-up charge of treason in connection with  the Cavite Mutiny during the Spanish colonial rule; later to be dubbed the GOMBURZA (based on their combined last names) martyrs, the priests, had agitated for the secularization of the clergy in the  Philippines but had no connection with the Cavite Mutiny; their execution would help make Filipinos realize that they would always be considered second class by the Spaniards, thus paving the way for the Propaganda period of sustained campaign for reforms. 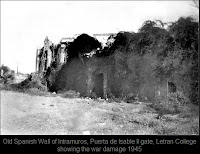