[smartads] Lita tried to get me up this morning at 0637 to open the store, but I wouldn’t do it.  I told here, “It’s too early”.  I guess she finally agreed because she went back to sleep also.

About 0745 she was up and she got me up this time.  I opened LolyKat, but she watched it while I did a couple of things in the CR, washed my hands, made a couple of cucumber & tomato sandwiches and made a cup of coffee.

Remember:  Click on pictures for more information about that picture.

By 0820 I was in the store and she was doing something with some vegetables at the picnic table.  The vegetable looked like rhubarb, but Lita says it doesn’t taste as good as rhubarb.  She has on a jacket because she still feels sick.  It didn’t help that she ‘had’ to go to the market early this morning.  I think she should send Jay early in the morning to the market anyway.  He goes to bed early, he doesn’t start getting ready for school until about 0700 and doesn’t leave until about 0800.  She’s already back from the market for at least an hour by the time he even starts getting ready.  He’s in bed by 10:00pm almost every school night, usually around 9:00pm, and I don’t believe I’ve seen him up past midnight ever.  He could also do it much faster than she does.  I’m going to start bitching and moaning about her not letting him do it and then complaining about ‘having’ to do it.  I can bitch and moan pretty good because I’ve had a good teacher … her.  All this is just another reason why I will be glad when the bakery opens and we no longer have to worry about such things. 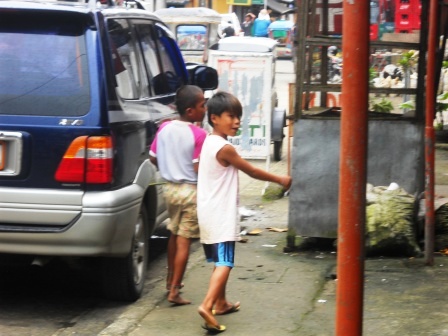 Titing was talking about his dream of the Philippines becoming part of the US.  He said he didn’t care if it was made a State or a Territory, just something.  He thinks it’s the only way that the mass corruption in the Philippines will be eliminated.  I told him that all governments have some corruption.  He said he knows that, but it’s not as bad as it is here.  He’s right about that.

An American guy named Mike came by today.  He is part of an advanced management team for the USS Mercy that will be here in June.  He just arrived from Manila where he and his comrades were talking to the Department of Health there.  They decided that they needed to go out an visit all the places that the Mercy will be visiting to get the regular peoples opinion.  I think that’s a smart move because it almost certainly will be different than what they were told in the Manila DOH.  I told him everything that I thought about the health care here, but I don’t know that much.  I just relayed what happened to me at the hospital and things that I heard. 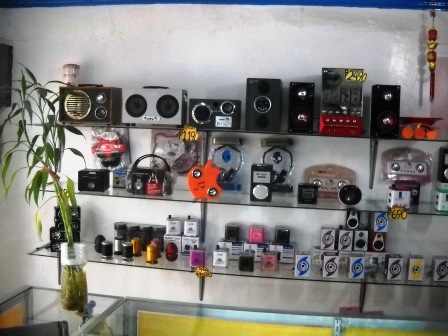 I tried to get Titing to talk to him, but he didn’t want to.  He said that his knowledge of the health system here is limited (not his exact words).  I told him that he just wanted his personal experiences.  He suggested that Mike talk to the Department of Social Welfare and Development at the City Hall office here.  Mike said that they have already been talking to them.  He was after the opinion of the actual people that use the system.  It would seem that people would want to talk about it if there is a chance that it could be fixed.  Titing speaks good enough English and I or Lita would have been happy to translate any problems. 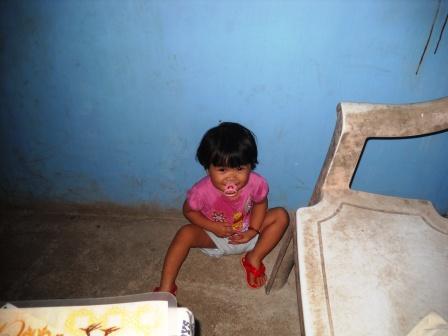 Casandra sitting on floor in store

Mike said he would be back this evening about 5 or 6pm.

They said they were checking into a National Health Plan for the Philippines but the infrastructure here probably would not support it properly.  That’s not a surprise to me or to most people here in the Philippines.

About 12:45pm I decided it was time to eat lunch so I heated up the stew and had 2 more bowls of that.  I’ve still got enough left for another bowl, but I’ll wait another 4 or 5 hours before I eat that.

I did a lot of slacking off and a whole lot of nothing since I ate that stew, except I did take a nap from about 2:00pm until about 3:40.  Lita was out at the store while I took that nap and she stayed out there after I woke up.  She told me to go ahead and get on the computer.  So, not wanting to upset her, I did get on the computer. 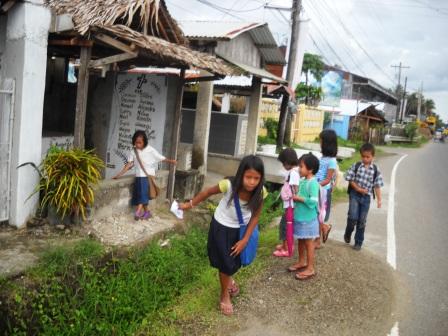 Group of bata by cemetery

Mike showed up as he said he would, but it wasn’t until about 6:30pm.  He talked with Lita, Cathy, Precious, Casandra and me.  Vicky listened and and Cathy translated most of it for her.  Precious didn’t say much and Casandra just stared and waved bye-bye when he left.  Before he left he said that they will advertise the Mercy before it gets here and that they definitely will be around our area here.  I figure it’s because some of the doctors will be staying at the Ciriaco.  Mike said that everyone will be invited to come to see the doctor and it is on a first come first serve basis.  They will be in an auditorium or something around here.  He didn’t know exactly where it was, but it’s close to here.  You would think the convention center downtown would be a better place, but it’s okay with me.  I told Titing and he is happy they are coming though.  Mike says they will have dentists too.  That’s good because a lot of children around here need a dentist, badly.  A lot of the adults here have never had a physical examination.  Yes, it’s good the doctors will be here to help. 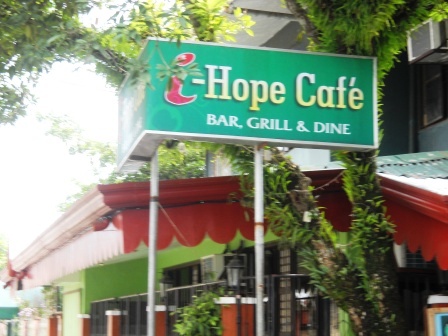 It is now now 8:12pm.  I already had that last bowl of stew.  I put 4 new posts on the blog, but with some difficulty.  Things have been acting weird on this thing tonight.  Things seem to have straightened out now I’m happy to say because I still need to get this post out and I was about ready to pull my hair out.  Right now I’m listening to music on the headphones while I’m typing this and that helps.

One of the problems the website is still have at this typing is that it is not generating the avatars.  If you had an avatar here, and it is now gone, just go to your user profile page and you can download the picture again there.  I had to redo mine also.  I figured while I was at it, I’d just change the picture.  I hope that whatever was wrong with this site, is now over with.

I checked on Jay around 10:00pm and he was already in bed.  It’s Friday night and he doesn’t have school tomorrow.  Oh well, life here in the Philippines can be quite different than in Texas. 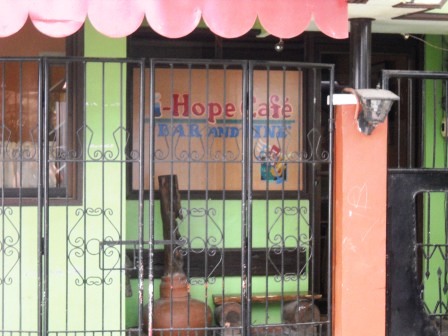 Corregidor was once witness to the ferocity of the Japanese in World War II. Due to its strategic location, it became the headquarters of the Allied forces and the seat of the Philippine Commonwealth government at the time. A visit to the island will give you a peek into rich war history.