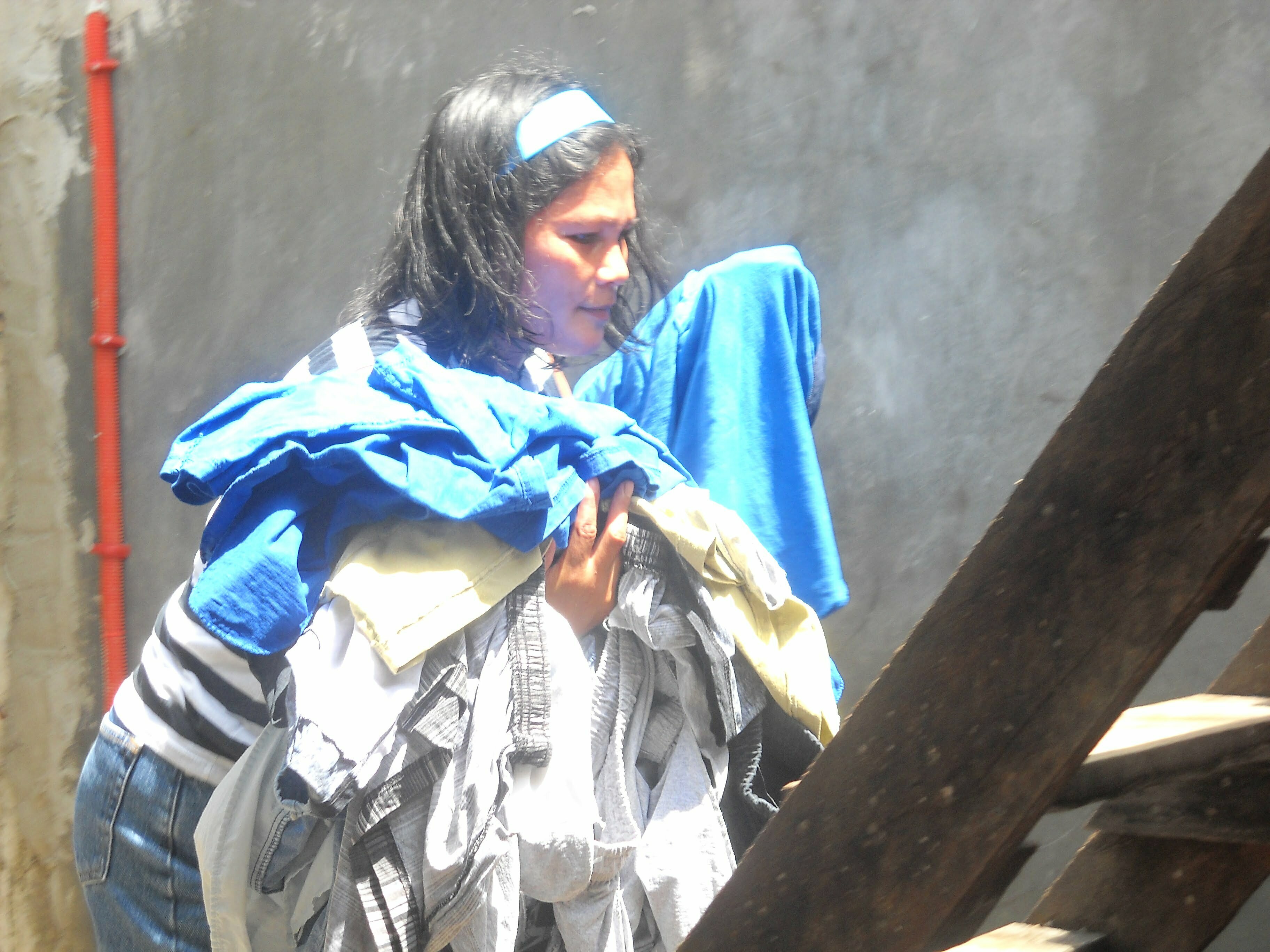 This is Vicki, when she was working for us.

This is the first post that I am doing since the everyday activities and my travel times are separated on the blog.  I started figuring that the title of the blog is Texan in the Philippines, so it should only have things, in the Philippines.  However I also figured that, sure I live here, but I get to travel out and return, and that could help others when they are here and are ready to travel out.  My solution was to just do separate posts and keep them separated on the blog.  That means that after I return from traveling, I need to be doing at least 2 blog posts until I finish the travel posts, then it would be back to normal.  That ‘normal’ part is even changing though.  I have tried doing this before, but now that I know more about blogging, I’ve decided to try it again, only a little bit different this time.  What I’m talking about is instead of writing only a blog on ‘everything’ that has happen to me recently, I break it up by expanding on the subjects that I can talk a lot about.  Everything that is left over will go into another post, which would be like the ones I have been doing.  Probably in the leftover post I will make a quick mention of things that I already did another post on, probably just to give you a link to that other post.  I hope that made sense.  This way I will have more blog posts and Google will see that I am more active.  That will help my rating within Google and also push me up higher on their search engine when someone is searching for one of my keywords.  At least that is how I understand Google works.  So this is the aforementioned leftover post, so let’s get started.

My favorite board game is called Empire Builder.  There are several versions of it depicting different countries, like Australian Rails, British Rails, Lunar Rails, Russian Rails, Nippon Rails and India Rails.  There are others, but the one that I’ve played the most is the first one and its name is only “Empire Builder”.  It covers the United States, part of Canada and part of Mexico.  The point of bringing this up is that I have gotten one of my great nephews (Joshua) a little interested in playing.  We have played 3 or 4 times recently.  I have had a problem being able to play this game because you need to be able to understand what’s going on, of course.  The great nephews are just getting to the age where I could be playing more soon.  Of course if anyone else around here would like to give it a whirl, please stop by and I’ll show you how it’s done.  We can play by the ‘quick’ rules the first time if you want.  That way the game would probably only last about an hour or so.  I think that most adults, especially the ones around here, would be able to comprehend the ‘regular’ rules game pretty easily though.  Depending on the number of players, that game can take 3-6 hours to complete.  The more players, the longer it takes, especially with new people, unsure of a strategy.  Joshua has a problem of combining his runs to make multiple deliveries, which is a typical problem for someone so young, he’s 10, and for someone that does not know the layout of the board.  He’s never been to the US, Canada or Mexico and I doubt they cover it too extensively in grade school here.  Anyway, if you want to give it a try, just let me know and I’ll get the board ready.  Maybe we can even have a few beers (and maybe some chicken/pepper treats) while playing (as long as we don’t spill on or grease up the board).

Our cousins upstairs just recently had some work done on their plumbing.  They had their sewer rerouted to the other pool we have here.  Now there are 3 different households on each of the pools.  They had a hole in their pipe, which was making a stink, and the way it was sent up was too much for one pool and not enough for the other.  Since they had to replace the pipe anyway, might just as well take care of all the problems at once.  We have the better of the deal at the moment because it’s us, Poppa and the Reonals (Cathy, Ado and family).  Well Poppa doesn’t use much and the Reonals are living in Tambis right now.   The Gloria’s (upstairs) and the 2 families of Apilado’s living here use the other pool.  It sure smells a lot better around here now too.

It seems that I have mentioned this next subject already, probably on my last post, but since the internet is still down at the moment, I can’t get on the blog to check.  Besides, it’s worth mentioning again.  I’m in the process of changing the appearance of the blog.  You may have already noticed a few changes on the front page.  I added some to it but a few of the links are still empty right now.  Since the lights came back on from out 10 day outage, I have only been able to get on the internet for 1 day (16 Dec), so I can’t get much done.  Also it’s a little more complicated to actually do that change then it was when I thought it up in my head during that 10 day outage.  Since I hope to be doing multiple posts now, I want to put them in different areas so people reading will have an opportunity to look around the blog a little more.  I figure that the more people look and the longer they stay, the better my Google rating will be (as I mentioned earlier) and the greater chance for someone to notice an ad to click on.  But I also would like to make it more convenient for the readers also.  I’m hoping to be able to accomplish both with the new format, so be looking for it.  I hope it will be pretty soon, but right now it’s dependent on when/if the internet comes back up.

The last thing I want to mention for this post is something that happened a few weeks back.  It was the day that Mark Gianetta and I walked down to try to buy some pizza at Doce (which was closed due to the sickness of the only 2 employees that work there).  I think it was on 24 Nov, but I don’t know for sure, I didn’t write it down at the time.  I’m sure Mark remembers though.  When we walked by the cock fight arena, that is close to our house, we noticed a lot more than usual people around there.  I was wondering what was going on, and I found out later.  It seems we had a shooting there.  The person shot was Vickie’s husband.  Remember Vickie, the one that use to work for us and I mentioned in the last post?  In the last post I told you that her youngest son was hit by one of the vans, and survived.  Well her husband survived too, but it was close.  It seems that he was not the intended victim either.  The guy standing next to him was.  Talk about being in the wrong place at the wrong time, Wow!  Recently that family has had some bad luck, but also some good luck because each of them survived.  It probably depleted them emotionally and financially (if they had to pay for any of the hospital bills), but I know that they are happy that both are well.  I’m happy for that too.