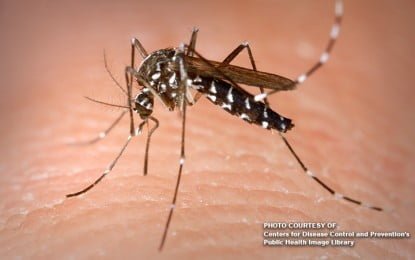 TACLOBAN CITY — The Department of Health (DOH) has expressed alarm over the rising number of dengue cases in Eastern Visayas (Region 8) this year, with 19 deaths and 4,809 confirmed cases as of Thursday.

The number of people who fell ill from January 1 to July 11 this year is about 86 percent higher compared to the same period in 2018, with 2,590 cases.

John Paul Roca, DOH regional information officer, said there’s no dengue outbreak in any part of the region, but a clustering of cases has been reported in 52 villages.

Roca said the non-stop surge of cases since last year is very alarming. Based on DOH records, 2018 has the most number of cases since 2010 where about 12,000 people were afflicted by the mosquito-borne disease. In 2018, Eastern Visayas had 11,000 cases with 61 deaths.