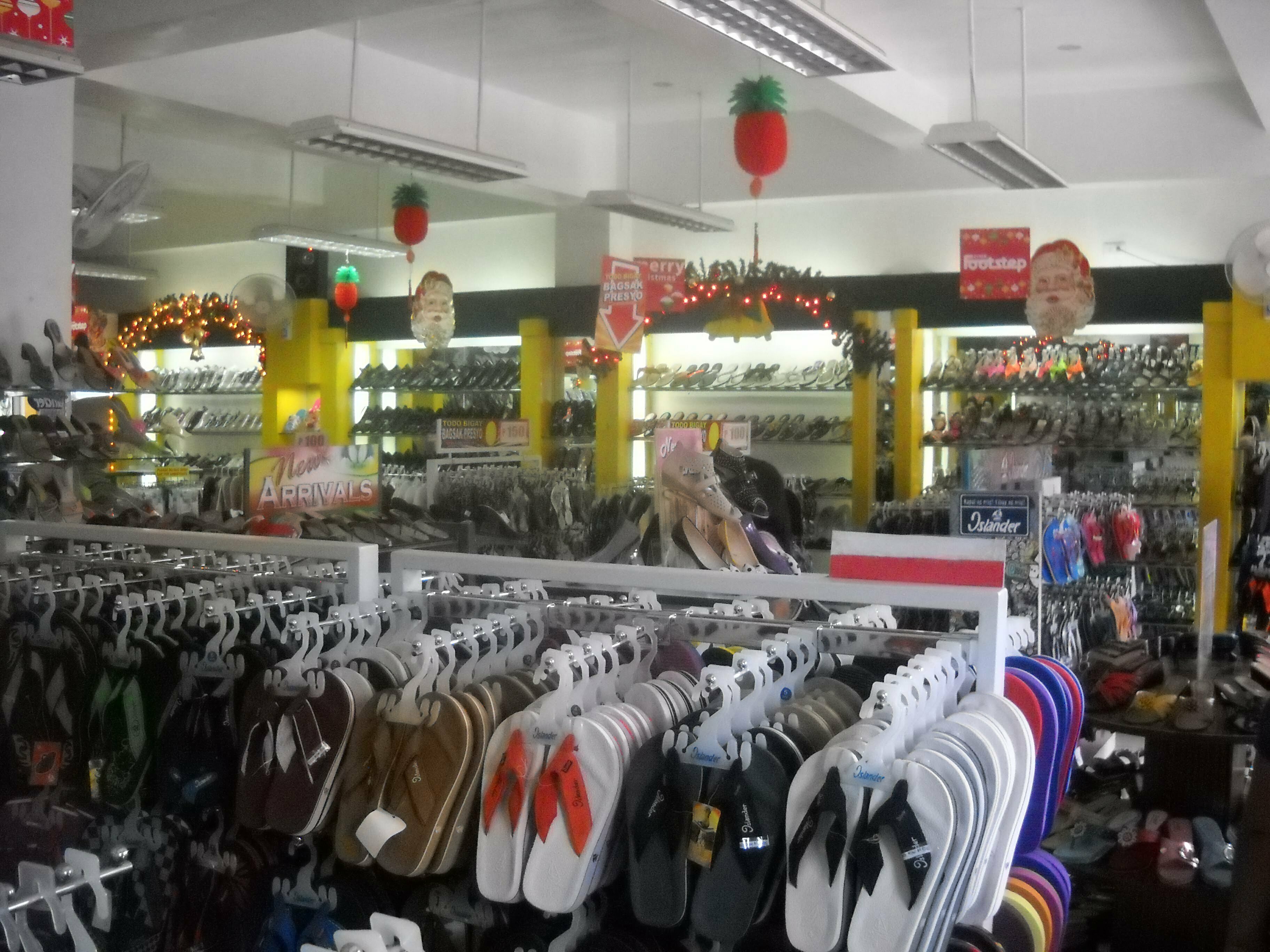 Here is a little reminder about what is going on since the last post was about 3 days ago.  Lita, Khan and I are downtown.  Khan is there to get some shoes that Lita promised him for his birthday the other day.  After all, he is one of our godsons.  We went to Metro Bank, met the guy from Minnesota then went to eat at Chow King.  After enduring the flawed service and we finished eating, we are ready to go get the shoes.

We knew we wanted to go to Footwear to get the shoes, but we could not remember which street they were on.  I was thinking they were on Magsaysay Blvd, which is about 3 streets over from where we were.  I wanted to walk, as I always do while I am downtown, at least when I’m by myself, but Lita, as I have mentioned several times before, does not like to walk.  So she says we should take a pajak-pajak (the bicycle).  Since there are 3 of us, and I am so big, we decided to get 2 of them.  I was in one and Lita and Khan in the other.  We told the operators that we wanted to go to Footwear and they headed that way.  Well as it turns out Footwear is on Rosales, which was the ‘next’ street over.  It took us all of 30 seconds to get there and that was only because we had to go around the median in the center of the road.  Even Lita said that she could have walked there, so it was close.  Of course the pajak-pajak operator didn’t say anything, because it’s hard enough making a living around here for them without them turning down fares, even if it would be the moral thing to do.  This was one of those rare times that I actually only paid the going rate for a ride here, P5.  Normally I give a little bit more, sometimes not much more, but it’s something.

Inside Footwear, where they have plenty of shoes, we got the attention of a saleslady pretty quickly.  She directed us towards the shoes for the kids and we let Khan pick his own pair of shoes.  He selected a pair that I would never wear, but they are for him, not me.  The shoes are grey with black dots lined up on them.  To get the shoes, the salesladies have to yell up to the second floor though a big hole in the ceiling.  The people upstairs will find the shoes and ‘drop’ them down for the saleslady to catch or hit the floor, whatever happens.  Most of the things I saw, they caught, but several did hit the floor.  I think they do have an elevator like contraption on a rope, but that is for bulk, not for the onesy, twosy items.  I suppose they will use that later also to bring up some of the shoes that didn’t get bought. 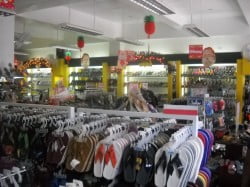 We also had to buy him a pair of socks, but those were on the bottom floor, no dropping from the ceiling.  So lo and behold, the first pair of shoes he tried fit and we were ready to buy them.   Lita decided that I need to get another pair of flip flops, shower shoes, whatever you want to call them, so I go over and pick up a pair that I was just looking at.  The are black with a little skull at the heel of each one.  Here is something important to remember.  The largest new shoe size that is normally sold in the stores here is size 10.  Now I can wear flip flops in size 10, although 11 would be better, but my normal shoe size is 12, so getting new shoes here is practically  impossible.

Even paying here they make complicated.  You give the money to the saleslady then she gives it to the cashier, waits for the change and a hand-written receipt, bags the item(s), then the saleslady brings you the change and the bagged merchandise.  All this is usually not done so quickly either.  Filipinos are not known for being in a hurry.

After finally finishing at Footwear, it was time to head home.  Lita decided to go ahead a walk a little bit instead of riding.  This time we knew how far we had to go.  We headed for the wet market and the area that the tricycles (the motorcycle)  park that go out past Bagacay.  There were 2 of them there waiting to get filled up before heading out.  One of them could have fit 4 more Filipinos, but I take up the space of 2 Filipinos, so after we got on, the driver left.

We had it back without further incident, but the day as a whole was interesting enough for me.  It’s reasons like this that I should get out and do more things so I’ll have more things to write for y’all.  I think I’m getting there, so y’all hang with me for awhile longer.  I’m actually learning now, instead of just doing.

9 thoughts on “Calbayog Proper with Lita Plus – Finale”