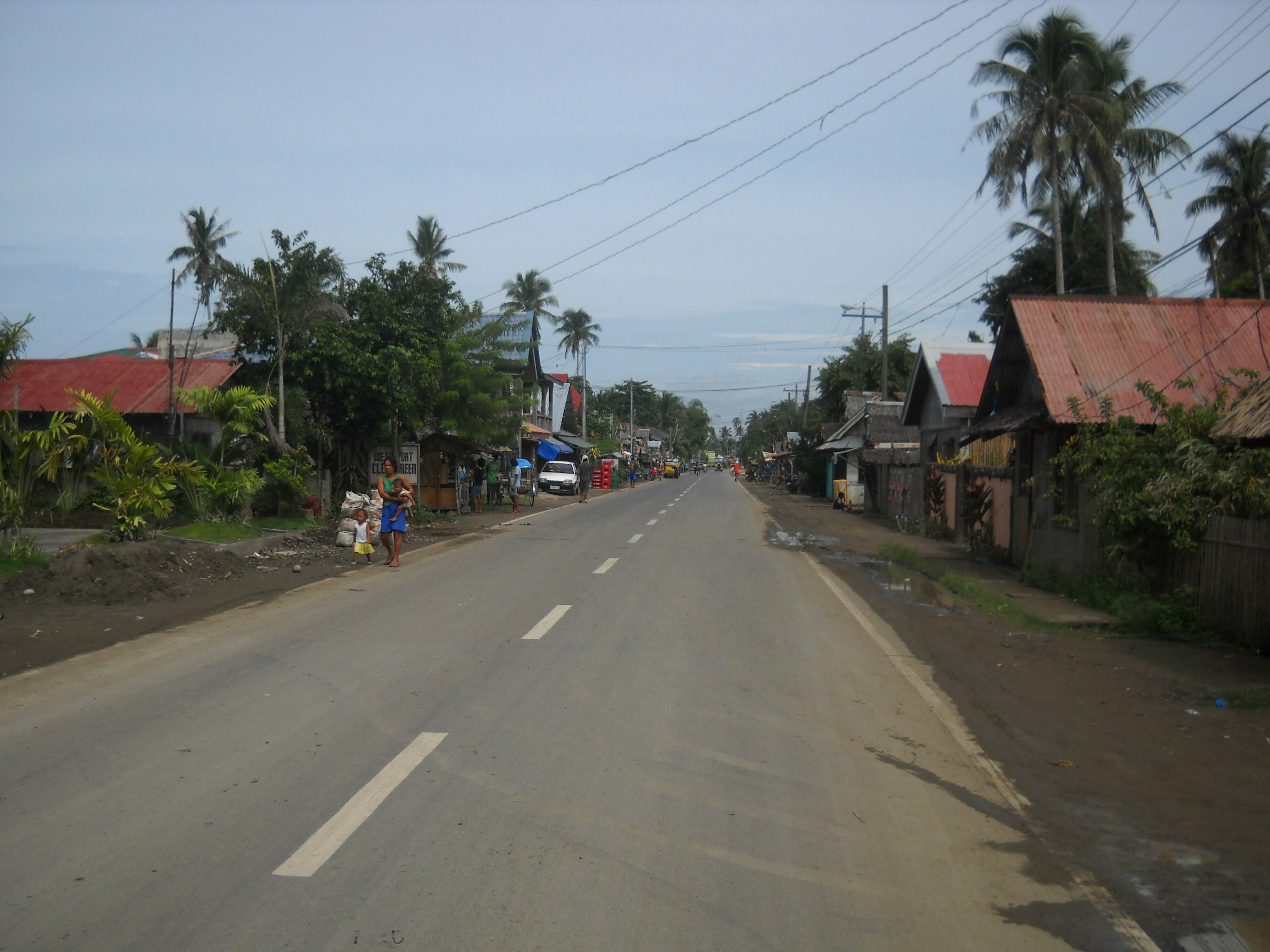 This morning was an interesting one.  I stayed up late last night (again) so I didn’t even think about getting up until 0845.  I didn’t get up, but I thought about it.  I finally did get up at 0900 because the power went out.  After what happen last time, Individual Brownout, I went back to Neneng’s house to see if their lights were on.  They were not.  So I figured, just another brownout.  Not so.  Since it gets so hot, even out front of the house, I got one of the chairs and decided to sit out front by the road in our little covered area there.  As I was getting ready to sit, I noticed that Samelco was working right there by the house.  I decided to go over there and ask them how long it will be.  The guy told me that he estimated that it would be probably 6 hours.  So that meant 1500 (3 pm).  He said that they were replacing our meter.  I thought they had done that already, the power has been running fine.  I also noticed they were running a lot of cable, so maybe it was a bit more than what he said.

As I went back to the chair I noticed that the store next door had their TV playing.  They don’t have a generator.  It turns out that we are either at the beginning or end of a grid and only the houses on our side of the street, from us on down a ways were out of power.  Lucky us.

To add to all this fun, one of the local crazy people was sitting out front of the house, between where I was sitting and where Samelco were working, and she was talking to herself.  At first I thought she was on a phone because she was changing her tone often.  After further inspection though, she didn’t have a phone.  It even got a little weirder with her too.

After I sat there for awhile, a funeral procession went by.  This happens often since we are on the highway and close to 2 cemeteries.  While the procession was passing, I noticed that someone threw money on the road.  I have no idea where it came from or how much it was.  After the procession passed I looked on the road and that money was hard to see, because of the glare.  Finally I did notice like 2 pesos out there, but there was a 5 peso coin right in front of the place I was sitting.  I got up to get the 5 peso coin and I tried to give it to the crazy lady there.  She didn’t want it and that’s when it got a little stranger.

I placed the coin on an old roaster we have sitting up front (which is for sale by the way, but I forget how much because it belongs to Mar.  It does need some repair though).  As I was going back to sit down the lady began talking to herself again, but this time it was in English.  It was some good English too.  Better than many of the other Filipinos I’ve heard. Shoot, it was better than some of the Americans I’ve heard speaking.  She babbled for awhile in English, then went back to Tagalog or Waray Waray, whichever she was speaking.

So about 10:15 or so I decided to get out my deck of cards and cribbage board to pass the time.  I played some Solitaire Cribbage and another version of Solitaire for about an hour.  I wasn’t doing very well though.  That old lady was out there babbling the whole time.

It got to be 11:15 and Neneng decided to check to see if that crazy lady was still there, because we couldn’t hear her anymore.  She was gone, and so was Samelco. Neneng decided to try out the outdoor light and it worked.  So although I was told 6 hours, it was only a little over 2 hours before we had the power back.  It might have even been even less than 2 hours because we don’t know exactly when Samelco left.  They didn’t bother to tell us the power was going out and they didn’t bother to tell us when they were finished and our power was back on.  They definitely need to work on their customer service skills.

After everyone was gone I went out to see if she took that 5 peso I left there.  She did not.  I looked again for those, at least, 2 pesos I saw in the street.  I didn’t see them anymore.  I brought the 5 pesos into the house and put it in our little change bowl.

So all that happen before noon, but since then it’s been pretty boring.  It’s okay though.  I’m sure that there will be more, maybe better excitement in the near future.

2 thoughts on “All Before Noon”