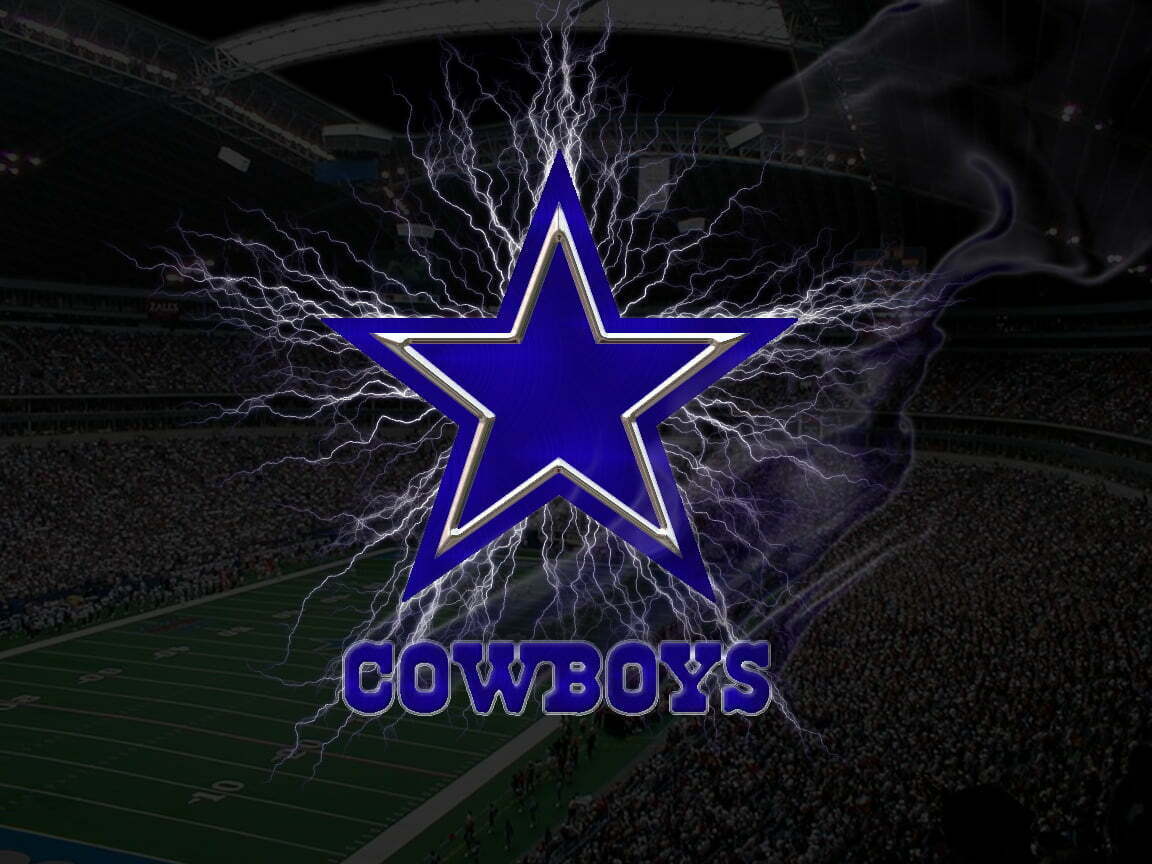 [smartads] Time to get y’all caught up on what’s been going on around here.  Not that it has been a hot bed of activity, but enough good things have happen to warrant a post.  This may end up being my new way of inputting posts, it seems to make things easier for me and it provides adequate information to y’all without having to tell you want I had for breakfast, lunch and dinner or how many people are sitting at the picnic table outside.  I guess I’m starting to figure out that maybe y’all don’t really care about the same routine all the time.  Of course, if for some reason, I have something very different for a meal, like Tex-Mex, than I will be sure to inform you about that anyway.  There is one thing that is rather boring, but I’d like to include in here.  The fan in the bedroom, the one I like so much, quit running again.  It has already been fixed once and cleaned once in the past 4 months, but evidently it has issues.  We will worry about it and our 1 other broken fan, after we return from Texas.

On Thursday, April 26, 2012 I picked up my first money made from this website.  It was for my AdSense advertising.  If y’all ever start a blog and want to make some money with it, that is something that you definitely want to have.  I tried 2 or 3 other ad agencies in addition to AdSense, but none of them came even close to what this one can do.  From my personal experience, I wouldn’t recommend any other one besides AdSense.  Even as I was on my way to pick up the money at Western Union, Lita didn’t believe that it was actually true.  She has the mentality, that everything that happens on the computer is a scam.  Who can blame her though.  She doesn’t know anything about computers and on the news it tells of all the scams that are going on.  I hope that the next payday from AdSense will come faster than the last one, and with the help of Rich, I think it will.

After I got the money, the first thing I did was head for Bo’s Coffee Shop and got a caramel flavored frozen drink.  It was pretty hot outside, at least that is what I told myself to justify spending P120 for jumbo version.  It’s not that much larger than the P110 regular version, but it’s a noticeable difference.  I believe there are 6 different flavors in the section of the menu where I get the drinks I like, I forget what they are called, but I’m pretty sure it starts with an “F”.  Anyway, I’ve tried out 4 of those flavors.  I know I have not tried the white chocolate flavor one yet, but I don’t remember the name of the other one, if there is another one.  So far the one I like the most is the Oreo flavored one.  That’s the first one I tried, back a few months ago.  Sometime this week, probably on 1 May (tomorrow) I will try another flavor.  Maybe I will bring Lita with me this time.  She probably wants to try the white chocolate one, she likes that white chocolate even better than regular chocolate for some reason, but that’s not me.

On the way home from downtown after I got the money, I stopped at Monterrey Meat to buy some bacon.  Lita was in the mood for tacos and we had bacon tacos again.  This was the second time we had them and they are pretty decent.  I made the pico de gallo again, but we didn’t have any of the cilantro this time.  I still don’t think that was cilantro anyway, but Lita says it was, and it doesn’t really matter to me because it was edible and it didn’t kill me.  The bacon is the only other thing I bought with that money (and the coffee).  Lita used the rest of it though to buy other groceries and pay a couple of people she borrowed money from.  She is always borrowing money from people and having to pay it back, sometimes with interest.  I’m hoping that after our Texas visit and getting the new website running, we will have enough money so that she will not be running out before the end of the month and feel she has to borrow to help us make it.

I watched the NFL Draft the best I could, on the computer.  I’m pretty happy with the Cowboys for trading up and getting Morris Claibourne.  I briefly thought at one time they would do that, but it was pretty much a long shot and it sure wasn’t expected.  No mock draft I saw, and I saw 100’s of them, had Claibourne going to Dallas.  Claibourne said that Dallas never even talked to him about being drafted until that day.  Now that’s keeping a secret, which they really need to do during draft time.  Claibourne is from Shreveport Louisiana and his entire family’s favorite NFL team is the Dallas Cowboys, so they were ecstatic when Mr. Jones called to inform him of the pick.  I like some of the other picks they made too and I hope they get a couple more CB, OL and DL with the undrafted rookies.

I missed out on day 2 of the draft (rounds 2 and 3) because we had a scheduled brown out from 0700 to 6:00pm.  The draft started at 0700 our time.  By the time the light came back on  around 5:30pm, it was long over.  Dallas only had 1 pick anyway.  Of course there is always the final day of the draft to watch the next day right?  Wrong again.  Even though the lights were back on, the internet decided that it would go out.  The final day started at midnight (our time) and I got to watch the first hour of it.  Right around 0100 I lost the internet and I waited for almost an hour for it to come back up.  No amount of resetting did any good.  I got aggravated, turned the computer off and went to bed.  I’ll just check to see what happen in the morning.  I ended up surviving through that without any major issues.

On Sunday morning around 0800, Jun and Luz showed up from Tacloban.  They came to visit Poppa.  Poppa has been feeling sickly lately and we are all worried about him.  I know he’s a tough old bird, but he is 90 years old.  I guess that when anyone gets that old the relatives tend to worry about them more for every little incident.  Jun and Luz brought me some Nescafe strong coffee.  I told you he reads this blog, so he knows I like the strong coffee.  I think he likes to surprise me with those little things when he makes his not so frequent visits.  I’m not sure if we will be stopping by his house before going to the airport in Tacloban.  I need to stay here until about 10:00 or 11:00 to check the Facebook accounts of the passenger terminals on the different bases to see what flight would be our best chance to get to Texas all at once or, most likely, in 2 flights.  Right now I’m thinking that from Osan to Travis because they they more flights and they go to at least 2 different places in Texas (Ft. Hood and Kelly).  Of course the flights to Seattle are on a regular basis and normally have seats and they do sometimes have flights going to Ft. Hood (our #1 destination choice).  With only a 72 hour window to determine which flight(s) and no guarantees, it’s a delicate procedure.

Oh, the internet was up when I woke up in the morning to check on the draft, but it went right back down again around 10:00.  I noticed that the phone is also out.  Even at this moment the phone is out so I’ll have to report that when I go pay the bill, probably tomorrow or the next day.

I finally finished that one big project that I had to get the new website going.  I have at least one more to go, but I don’t know what it is yet.  I’m waiting for Rich to come online and let me know.  I finished at 6:38pm Sunday night and I sent him a message, but he must have other things going on because I have not gotten a response yet.  He normally answer pretty quickly, so it must be important.  I can wait.  He has been very patient with me, especially when I had that gout and delayed things for over a week.  I’ll probably hear from him sometime today, get the rest of the instructions and get to work on it.  I hope it doesn’t take very long to do the next one.  It’s something to do with the pictures is all I know at this time.  I really would like to have the new site up and running before we leave from Texas.  It looks like that will happen.  I just hope that there will not be any problems and it runs smoothly from the start.

I’m told that when we first turn the new site on, the site will take a hit in Google and Yahoo in the rankings, but hopefully it will recover quickly and far exceed what it has done so far.  I’m expecting it to.

Interesting Knowledge: A blue whale can grow as long as 3 Greyhound buses and heavier than 35 elephants. Its tongue alone is the size of a small car and weighs as much as an elephant. While immense, a blue whale’s heart beats only nine times per minute. Yet blue whales can also produce extreme sounds of more than 185 decibels, nearly twice as loud as a jumbo jet at takeoff.