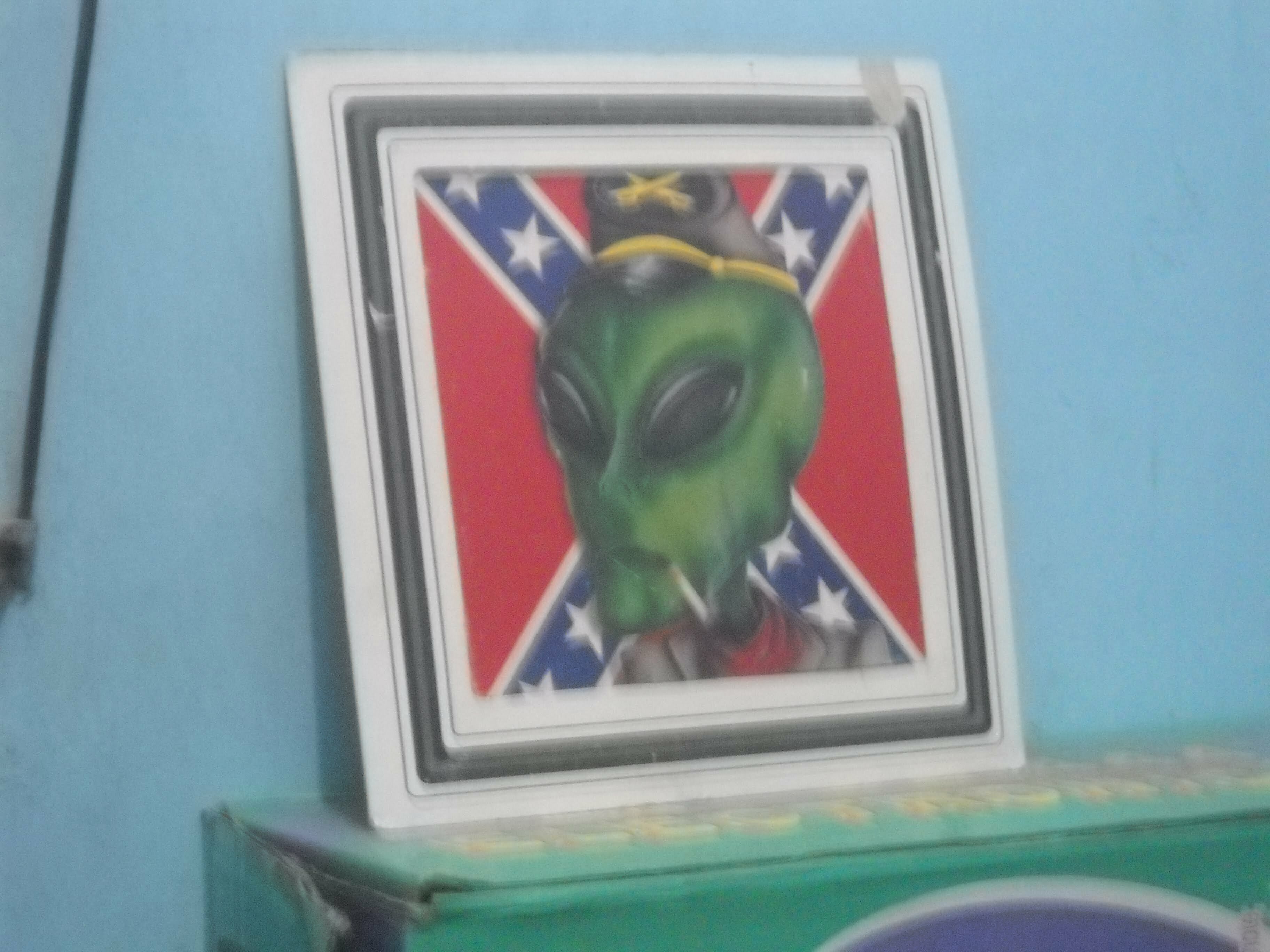 UJ Self Portrait when smoking

Well I’ve got good news and bad news.  Lita is back.  They rolled in here about 2:15pm this past Saturday.  Mar brought them by Tacloban and Robinson Mall, so her and Judith didn’t have to bother with Grand Tour vans.  Mar was going close to the mall anyway to pick up some new cabinets for his house.  Lita got to see some stoves, refrigerators and other things that we have been wanting, especially the hot water heater for the bathroom.  She said there are a couple of different types so we will check into that when the time comes, no later than February.  Of course they did get to go to the supermarket, but there were no “dill” pickles there.  The only kind of pickles they seem to have in the Philippines is “sweet” pickles.  Filipinos are really in the “sweet” things.  Even there spaghetti sauce is “sweet”.  Lita did however get some Underwood Deviled Ham and the last 2 can of Underwood Chicken Spread.  She got 8 cans all together.  It’s only Tuesday and I have already eaten 2 of the hams.  She also bought 6 bottles of BBQ sauce, only 1 being the original blend that I wanted.  The other 5 were the hickory flavor.  Oh well, I will be okay, don’t worry about me.  I’ve also got a couple of bottles of juice too.  One is cranberry and the other is cranberry-raspberry.  I like the cranberry-raspberry better.

I’ve still got 2 items in my notes from the day before Lita came back, so I’ll get those out of the way.  When I went downtown on Friday I went by to take a picture of the new Pizza Factory.  I found it, but being a holiday weekend, they were closed.  I took a picture of it anyway.  I will go back when they are open to get a picture of the inside.  It is located just a few stores down from Christ the King College on the same side of the road.  It doesn’t seem very big, but I’ll know more once I can see the inside.  Speaking of pizza though, Marlou told me that the best pizza that he has had in Calbayog has come from Hungary Juan.  His opinion of course.  He says it is not as good as Greenwich pizza though.  Personally the best pizza I have eaten in the Philippines has come from Shakey’s.  I guess it depends on what ingredients you grew up with.

The last thing in the notes is from when I was in Rose Pharmacy that day.  I wanted to buy some chips, so I kind of automatically reached for the Doritos.  I noticed the price on them is P99 ($2.40) and the price of the cheese Clover chips is P39 (.95).  I was wondering why there is such a big difference in the price?  I suppose it’s because the Doritos are imported.  Anyway, being such a cheap scape, I decided to get the Clover chips instead.  I opted for the smaller bag of the cheese ones, I believe those were P19 (.46) and an even smaller bag of the Clover ham and cheese flavored ones, which I think was P11 (.27).  I will not do that again.  I had to give the ham and cheese ones away after the first couple of bites and the cheese ones were decent, but there was no way I could eat even the smaller bag, so I’m glad I didn’t get the larger one.  I think that next time I’ll either get some BBQ Chippy’s (which I didn’t see any there that day) or just go ahead and get the Doritos.  They are more than twice the price, but, for me, more than triple the flavor.

We have got 5 openings in the bathroom.  One large one and 4 pretty small ones.  They are like windows, but made out of concrete with the little concrete vents pointing down.  On the large opening we have a screen so the little animals and bugs don’t get in, but we do don’t have anything on the smaller ones.  We have a carpenter here right now that is working on the upstairs and Lita is going to tell him to put some screens on the little openings too.  We get a lot of little bugs flying in and I’m tired of them.  I think they are mosquitoes, but they don’t look like mosquitoes yet.  I killed 25 of those things in there the other day, in one trip to the CR, that’s not counting the whole day.  I just killed 20 of them in there on my last trip in there.    I actually just now came in from reminding Lita to let that carpenter know about those screens.  This is the same guy that will be building a closet for me.  Lita has already purchased some material for that, I think.  She still confuses me sometimes when he talks because she will start talking about one thing, then before she finishes, she starts on something else that she is thinking about.

I suppose this is a good time to mention, I don’t think I have already, that when Marlou and Chique get church married, we will be feeding 30 people over here at our house because Mar will be unable to feed everyone at his.  He has a nice big area there, but they expect a lot of people.  That’s part of the reason why the carpenter is here to get the upstairs ready to feed a few people.  He is also putting some more roof up there and building another room.  Jun and Luz are the ones that will be sleeping in that other room while they are here, I think.  People are always changing their minds around here, so who knows until it happens.

It seems that when/if we ever get the restaurant going, it will be the front part and the right side of the second floor.  We only plan to have 7 tables in there.  There will be 3 in the front, all with a view of the street and the other 4 will be lined up down the right side from front to back.  I told Lita that when we get ready to actually start making the restaurant, if anyone makes a significant contribution to helping us, then they will be the only ones that will be able to call in the get reservations and will get first choice of the tables up front.  We will work on that later.  I’m still thinking of naming the tables after people that making contributions also.  We have been thinking of a different name besides Blue Gazebo though.  I don’t know just how ‘blue’ it will be so I came up with ” Bagacay Gardens” as another choice.  It’s something we will work on later.  Oh, and we have also been considering doing the Mongolian BBQ style restaurant.  I know that it’s not something that most people around here know about, but it sometimes pays to be different.  I’m not much for setting up restaurants, but between upstairs and downstairs, we should have enough room to get it all done.  I have an idea in my head about it and when the times gets closer, I’ll see if everyone else has the same idea or just what idea they do have.

Well I babbled enough and I left 3, no let’s call it 4, items in my notes.  It’s mostly concerning brown outs, so it can wait.  Now a couple of links that I hope you find interesting and/or helpful.

Here is an article of interest to some of y’all that was a little too short for me to give it it’s own space on the website.

Here’s a site I found on the internet.  It’s called:  The Guide to Closing Costs in the Philippines.  In case it will help someone, I’ll include it here.

Interesting Knowledge:  ENIAC, the first electronic computer, appeared 50 years ago. The original ENIAC was about 80 feet long, weighed 30 tons, had 17,000 tubes. By comparison, a desktop computer today can store a million times more information than an ENIAC, and is 50,000 times faster.

It is not the strongest of the species that survives, nor the most intelligent that survives. It is the one that is the most adaptable to change.

2 thoughts on “Wife is Back, Party’s Over, Time to Party”