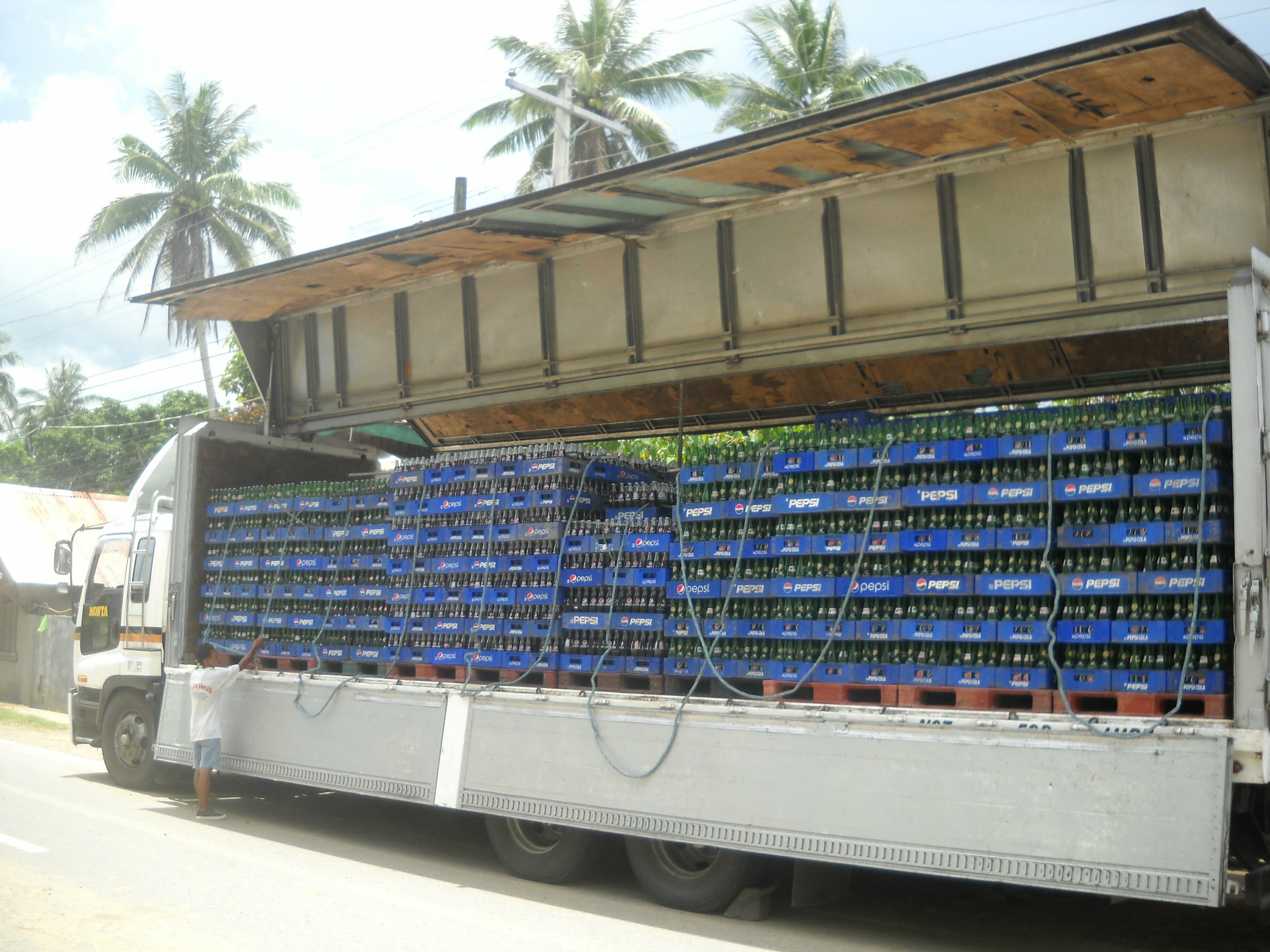 Side View of Visiting Pepsi Truck

[smartads] I suppose it’s time for another update on the goings on around here.  Today is 4 May so we only have 11 more days before we head off to Korea, hoping to get a quick flight to the US, either Seattle or Travis.  I spoke with Travis, that’s Travis AFB in California, and I was told that they are open 24/7 and we are allowed to spend the night there as long as safety and health rules are followed.  We may have to end up doing that if we go that way.  I will check their Facebook page before we leave here and I will be able to tell their 72 hour schedule.  I hope we won’t need longer than that.  I’m sure we won’t because I’ll take whatever flight we need to get us to Texas.  Travis has several flights per month going to Ft. Hood, Kelly and I even saw one to Randolph.  Of course Ft. Hood is the #1 destination.  We would just have to get someone to pick us up from there then.  My Dad has already volunteered to do so.  All I have to do is call him to let him know that we are there.  I’ll let him know before we leave here if we already know a flight is suppose to be going that way.  The Seattle flight is a better chance of getting stateside and I have seen about 1 flight per month heading to Ft. Hood from there, so we will just wait and see what the schedule looks like at the time.

I don’t know what’s up with that Mama cat.  If you recall, she had 5 kittens.  Well last week there were only 3 of them there.  We looked all over the place and couldn’t find them.  Lita gave one of the yellow kittens away to a lady that wanted one, so that left us with 2 more.  The next morning there were 3 of them again.  One of the black and white ones was back.  By that afternoon, we were back to 4.  We figure that the Mama cat took those babies somewhere and then decided to bring them back.  It’s the only thing we can figure.  I’ve never even seen her carrying any of them anywhere though, ever.  So anyway, we are back to 4 kittens so if anyone out there that is in the area wants a free kitten, please come get one or two.  We are the only ones that really take care of the cats/kittens here, so I don’t know what’s going to happen to them when we leave.  Lita is trying to give them away to people who want them because maybe someone here will really ‘get rid of them’ while we are gone.  Even if those cats are still around, they will be a couple of months older by then, so they will be roaming the streets anyway.  I don’t want to have a bunch of cats here, but I don’t want them discarded in the street either or maybe worse.  They’re really cute little kittens.  Of course they’re cute, they’re babies.

I heard from Rich in San Antonio today.  H explained to me the next step that I needed to do in the process of getting the next blog ready to go.  I was hoping this was the last step, but it turned out not to be.  At this time I had to convert all the videos and pictures to the same size and be sure that the URLs pointed to the new website.  I didn’t have to do EVERY picture on the site, but just the ones that I took and place in here.  I didn’t have to do any of the pictures I pulled from the internet.  I did have to do EVERY video that still worked.  I found 2 or 3 of them that were removed for some reason or another, so I just deleted that particular video.  None of them were that important.

We had an unusual looking Pepsi truck come by.  I have personally never seen anything like it before so I decided to take a couple of pictures of it so y’all could see too.  Now maybe some of y’all have seen trucks like this before.  Lita called me outside because she had never seen one like it before either and suggested I take the picture.

I went downtown today to get some money to pay the bills.  It was early so nothing was open yet.  I went early so the line at the ATM wouldn’t be so long.  I had to go back later, but it’s okay, it was something to do.  The problem was that when I got back down there, I found out that I miscalculated some of the bills.  I decided not to pay any of them until I recalculated to make sure we still had enough money to to pay everything.  I miscalculated by almost P2800.  The problem was that some of the bills we didn’t pay last month and the late interest rate was a bit more than I figured.  I’m not use to being late these days and I forgot the policy for such things.  They are all caught up again now, so I hope it doesn’t happen again.  I did get one more bill paid off, so we are down to 5 more bills (still not counting the Nissan), plus 3 people we still owe a little bit of money to.  When we sale our stuff in storage, we hope to be able to send that money here to get those bills paid, or at least pay extra on them so the interest rate will be lower.  I hope to have the 3 people we owe money to paid off by the time we get back.  It’s a lot of plans and we are not even there yet.

When I went back downtown the next day to pay the bills I, of course, had to get more money from the ATM.  Well for some reason, when I got there, the ATM was offline.  Well crap!   I just went over to Bo’s Coffee, ordered a drink and waited.  I went back by to check and it was still down.  I used the money I did have to pay some of the bills and when I returned this time the ATM was up.  Of course there was a long line.  I was about #12 in line.  I waited because I really didn’t have much choice.  After I finally got finished with that, I paid the rest of the bills and starting walking home.   It was really humid hot so I only made it about 1/4 of the way home before I decided to hail a tricycle and ride the rest of the way.  I didn’t even think that I didn’t have anymore change to pay the tricycle.  The smallest thing I had was P100 and I sure wasn’t going to give him that.  I usually only pay P10 per trip.  Lucky for me Lita came out and went in the house to get some money to pay him.  She gave me P20 and I just let him keep it for having to wait on me.

We went to Judith’s house on Thursday night to eat.  Actually I just brought my own food so I wouldn’t have to worry about someone spending their money to buy something extra for me.  Besides, Lita had already cooked before someone told us there was a get together there.  I’m sure that was the last get together at that house.  They all must be moved out before the end of May, so they must have a lot of packing to do.  I hope they are already started.

Rich did let me know about something else I had to do with the pictures (videos are done) and I think I’ve got that complete now.  I’m not sure I did it correctly because is not working on the new site properly.  It does work on this site though.  Maybe he has to do something on his end to make the connection between the 2 sites before it works on the new one.  I’ll find out when he wakes up, which should be in about 2 hours from now.  I hope that everything is complete now and we can get this thing switched over.  I’d like to do it and have a few days to work out any problems that may arise.  Like I said we only have 11 more days before we leave and I want the new site up and running before we depart.

So the bottom lines of all this is we are not going to have as much money to go on vacation as we wanted and I’m not convinced it will be enough to tell you the truth.  Between having to pay for fees at the terminal, eating and the possibility of having to stay over night somewhere, I think it’s going to be really tight.  I sure hope that when we arrive at Osan on the morning of the 16th, that we will be able to leave that same day without having to spend the night in Korea.  Their terminal, I don’t think, is not open 24/7.  I’ll have to check into that, but I doubt it.  It’s not that we don’t want to stay in Korea, heck we would both love to be able to stay there for a night or two, but with not much money, I’d rather do that staying on the way back when we will have more money.  Right now I’m thinking to go to Travis if possible for the simple facts that they seem to have more flights heading to Texas and also because we are allowed to stay there a night or 2 or 3  and thus no hotel bill will be necessary.  I’m not sure about being able to stay overnight in Seattle, but I know we would both feel better staying on an Air Force base overnight rather than at a public international airport.

2 thoughts on “Pepsi and Kittens not Rich, but Hoping”