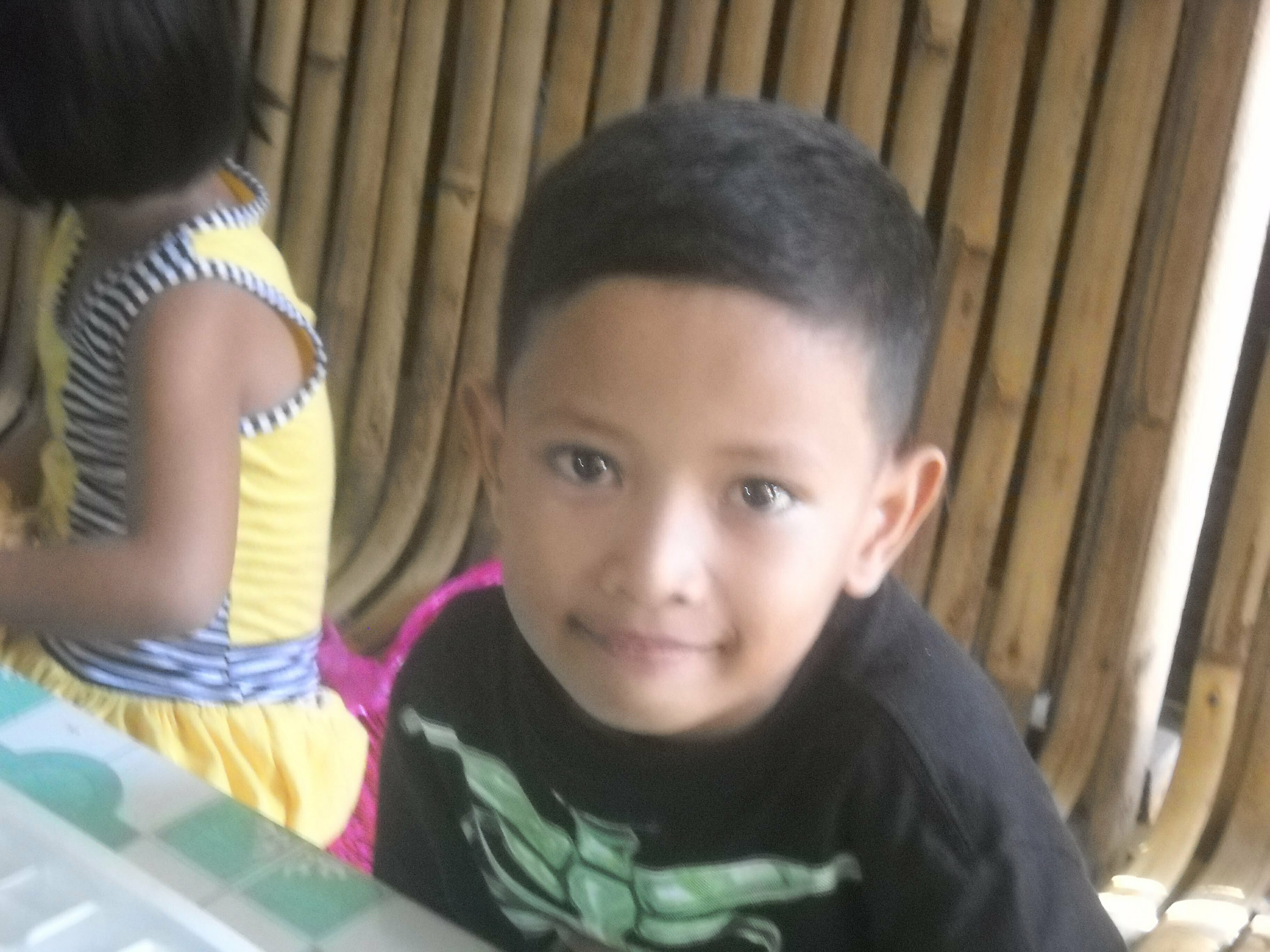 I have decided that I will do an interview with all the children here, maybe even some of the older ones also, when their birthdays come around.  I was a big fan of the show, “Kids Say the Darndest Things” so I thought this would be something interesting enough to write about and maybe use it against them later in life.

This is my first interview and it is with Ceazar Khan Reonal Pascasio.  Around here he is known as Khan or Khan Khan. 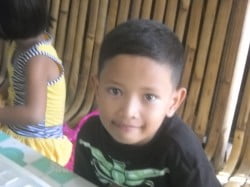 Khan Khan was born on November 22, 2005.  He is now 7 years old.  He was born in Calbayog City Samar Philippines at the Calbayog District Hospital.  His parents are Ceasar (Ado) and Catherine (Cathy) Pascasio.  Khan Khan is the only boy among the 4 children of his family.  The names of his sisters are Crystal Princess, Claire Precious (Precious) and Casandra Pearl.  Khan Khan is the second oldest, behind Crystal.  Casandra is the youngest.  His maternal grandparents live in Tambis 1 Saint Bernard Southern Leyte (Khany and Bebie).  His paternal grandparents live in Balod, a village between Calbayog and Gandara.  Khan Khan is also mine and Lita’s godson.

I developed these questions to ask Khan Khan and with a little help from his cousin Raven and his sister Crystal, we got through the mini interview with very little trouble.

When I ask him if he had anything else he wanted to say, something that I could tell the whole world, he said there was nothing.  Oh well, I guess we will have to wait until next year to discover the wisdom of Ceazar Khan.

6 thoughts on “20 Questions with Ceazar Khan”