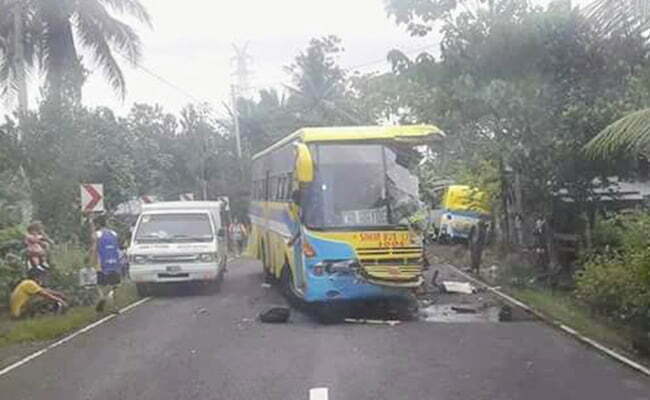 CATBALOGAN CITY — One dead, while 8 others are injured, after two passenger buses from opposite direction collided around 12 pm, Sunday, July 23, in Barangay Binanalan, Sta. Rita, Samar. An intitial investigation conducted by Sta. Rita Police disclosed that the fatality was one Arlan Obejas, the driver of the bus bound for Tacloban City, while 8 other passengers including the driver of another involved bus were injured. Police Officer 3 Elmer Mirasol of Sta. Rita MPS identified the involved buses as Samar Bus Line with plate No. HVC 618 bound for Calbayog and another bus, also Samar Bus Line bearing plate No. HVJ 823 bound for Tacloban City. 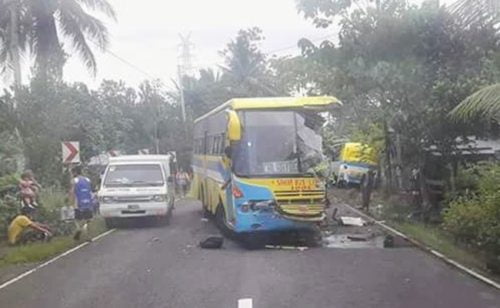